Daniel 6 The Character of Daniel 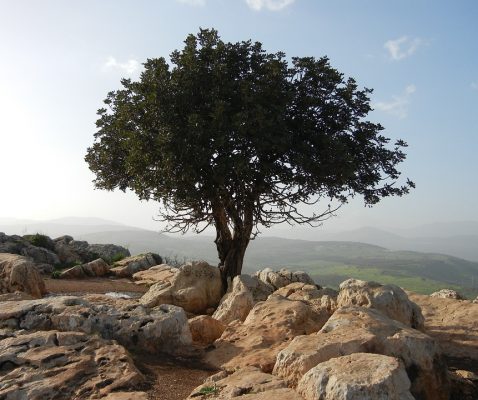 The Character of Daniel

Daniel 6:1-15 The officials who work with Daniel have an objection against him which concerns his character. They want to dispose of him because he is loyal to his God.

1. Darius became king of Babylon in the last verse of chapter 5. He established 120 leaders in Persia.

“This well-know and fascinating chapter of Daniel contains no prophecy and relatively little history…It would seem that living righteously in alien surroundings and depending upon God to deliver us from danger offers a biblical lesson.” (Gangel, Kenneth O. Holman Old Testament Commentary. [Nashville: B&H Publishing Group, 2001], 164)

2. This is a vast territory requiring many to govern it.

Daniel was one of three presidents over the leaders of the 120 provinces.

The king did not want anyone stealing or mismanaging the territory they were over.

3. Daniel was respected over the other high officials because an excellent spirit was in him.

“Daniel’s unwavering integrity, of course, was what paved the way for him…Rarely was a person in any place of power not given to feathering his own nest.” (Phillips, John. Exploring the Book of Daniel: An Expository Commentary. [Grand Rapids: Kregel Publications, 2004], 98)

The king planned to promote him over the king’s complete kingdom.

“Darius soon discovered that his revenues would be in safe and capable hands. So he promoted Daniel over the other presidents, and began to consider the possibility of making him vice-regent over the whole realm.” (Phillips, 98)

4. Daniel’s counterparts and underlings could not find anything to accuse him of.

“Daniel’s sterling character soon became a barrier to the ambitions of the princes and presidents with whom he was associated.” (Walvoord, John F. Daniel. [Chicago: Moody Publishers, 2012], 167)

5. They decided the only way to bring down Daniel was his love of God.

They needed “something which they could accuse him of before the king. The only vulnerable spot in Daniel, as these politicians saw it, was his religion.” (McGee, J. Vernon, Thru the Bible: Volume III: [Nashville: Thomas Nelson, 1983], 564)

It would be great if all those who believe in Jesus could be this way! (Me included)

The only thing someone could accuse us of is our belief in Jesus Christ!

A Plan for Daniel

7. All the governors and their leaders agreed to the plan.

Do you think Daniel knew about this, much less agreed?

The plan: Anyone who prays to any god for thirty days, except Darius, will be thrown into the lions den.

“Their petition was for an ordinance that would prohibit anyone from presenting a petition to any god or man for thirty days except to the king. The penalty for disobedience would be death in the den of lions.” (Walvoord, 169)

Are you willing to die for Jesus?

Sometimes we rush into things without researching.

Do you every do that?

In Persia, once it is signed by the king it cannot be changed.

It is the law!

In Esther 1:19 Ahasuerus was asked to do the same thing.

In Esther 8:8 this law was used to revoke the king’s command.

It is written and signed.

10. Daniel went back to his home and opened the windows toward Jerusalem.

This was Daniel’s custom.

Daniel knelt on his knees to pray.

Do you pray kneeling on your knees?

“Although he knew the law was now in effect, Daniel nevertheless went to his house where his windows were opened in the direction of Jerusalem, which still lay in ruins, and knelt in keeping with his regular schedule of coming to God three times a day in prayer and thanksgiving.” (Walvoord, 170)

Talk about dedication to God.

“In his prayer life Daniel followed the inspired instruction of Jeremiah addressed to the people of Israel in the captivity [Jeremiah 29:1].” (Walvoord, 170)

11. These men got together to observe Daniel in his character.

They saw him praying to God.

This is exactly what they expected to happen.

Now they have evidence to take to the king!

“Daniel gave thanks from his open window, praising God for his circumstances and that he was in the best of hands and that underneath were those everlasting arms of God. Most High.” (Phillips, 102)

“What a testimony Daniel had that even his enemies knew he would be faithful to God although it would cost him his life.” (Walvoord, 171)

12. The presidents and satraps headed to the king to remind him of the injunction and what it said.

The king answered, it is the law and cannot be changed.

They told the king about Daniel and where he came from, not respecting the king’s command.

He continues to pray three times a day.

Can’t you just hear them saying underneath their breath? “Gotcha, Daniel.”

14. The king tried to find away around his own law.

“The kings reaction seems unexpected. He was greatly distressed [NIV], not because someone violated his edict, but because his trusted and respected provost had been caught in the trap.” (Gangel, 169)

He did his best to find a legal remedy.

Also, he tried until the sun went down.

15. These men came back to the king and reminded him that the law could not be changed.

Daniel was to be put in the Lion’s Den!