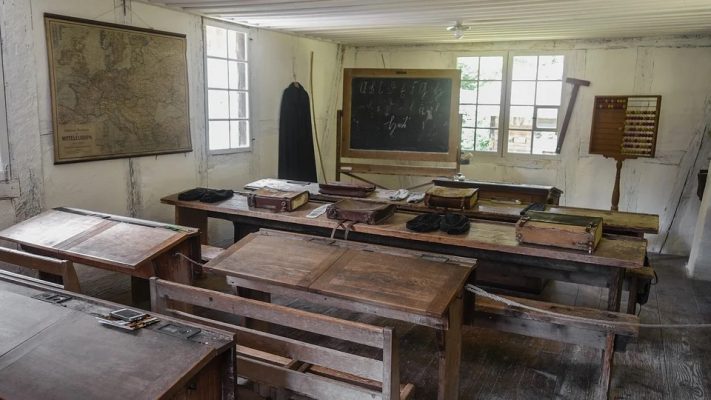 Nebuchadnezzar king of Babylon had invaded Jerusalem during 605 B.C. (2 Kings 24:1, 2 Chronicles 36:5-7). He took captives back to Babylon including Daniel. Open your Bible to Daniel 1

Isaiah 39:7 tells us that some of the younger captives would be in the palace of the king of Babylon.

“The Babylonians came in 605 B.C. During this first invasion, Nebuchadnezzar, the Babylonian, took Daniel and various sprigs of the Judean nobility to Babylon.” (Phillips, John. Exploring the Book of Daniel: An Expository Commentary. [Grand Rapids: Kregel Publications, 2004], 28)

3. Then the king gave an order to Ashpenaz, chief of his court officials.

Ashpenaz could probably be compared to one of the vice presidents. The king gave an order, and it would be carried out. What was the order?

Ashpenaz will have to select some of those young men who had been deported to Babylon. It is believed that Daniel was in his late teens at this time.

4. They were to be without any physical defect and handsome.

They had to have much knowledge and able to learn quickly.

And finally, they must be competent enough to serve in the king’s palace.

Then they had to learn the language and something about the culture.

Wow, top of their class.

5. Here is where the college begins, maybe even a higher degree.

6. We learn that Daniel is with Hananiah, Mishael, and Azariah.

7. They were given Babylonian names

Why would Nebuchadnezzar want to educate captives from Judah?

Walvoord lists three reasons:
1. They would “help keep the royal family still in Judah in line.”
2. Their presence would remind him “of his conquest and success in battle.”
3. Their education “might serve Nebuchadnezzar well in the later administration of Jewish affairs.” (43)

“Their training, however, was to separate them from their previous Jewish culture and environment and teach them ‘the literature and language of the Chaldeans.’” (Walvoord, 44)

8. There are at least two problems with eating the food that was being served and Daniel did not want to eat it.

What would you do if you had a moral dilemma?
Would you stand up for God.

There are examples in my life where I did not reflect God’s character.

Are there times you did not reflect God’s character?

What did Daniel do?

He went to Ashpenaz.

What risks do you think this involved?

Daniel is hungering “after righteousness in his heart (Matthew 5:6)”. (Phillips, 39)

Are you (am I) hungering or thirsting for righteousness? (Revelation 21:6)

Yes, I am thirsty for righteousness!

“Daniel, face-to-face with the prince of the eunuchs, realized that his life now trembled in the balance.” (Phillips, 39)

Have you ever gone to your boss or your bosses’ boss and told them you could not do what they requested? That is what Daniel is doing here. Maybe not your life but your job is on the line. What will their (or your) response be?

God is on our side

9. Wow! What a relief, God is on our side! No, you might not have realized it at that moment but later, when you reflected on it, you realized that God was protecting you.

But for this to happen we need to be studying God’s word, the Bible.

10. Daniel is now before the chief official asking for permission not to defile himself by eating meat sacrificed to idols and drink wine.

The official was afraid of the king who assigned the food and drink. You would look worse than other young men your age. Plus, I would be killed.

Now we know the real reason. The official was afraid for his life.

Have you ever been in a situation that could cost you your life?

11. Daniel went to the guard who reported to the chief official. Daniel went from the boss to the subordinate.

Also, Daniels friends, Hananiah, Mishael and Azariah, were a part of this issue.

12. Give us vegetables to eat and water to drink but nothing else.

This is going against what the king had ordered.

Try this diet for ten days and see what happens. The guard agreed.

13. Compare us with those who are eating the food the king ordered.

Commercials always suggest ways to lose weight. Eat our food and you will be healthier. Try it for ten days and see what happens.

15. The ten days are over and guess what, Daniel was right, they looked better than the others.

16. Because they looked better; the guard continued to give them vegetables.

That is the key, we need to follow God’s principles and not the worlds.

17. They followed God. Think about this verse.

All these guys studied and comprehended all the courses that were taught.
But it was Daniel who excelled in visions and dreams:

18. After about three years the students were taken to Nebuchadnezzar.

Time for the final test!

19. The king was giving them their final exam.

I would be nervous!

The king found Daniel, Hananiah, Mishael and Azariah; to be the top of the class.

They passed the test and were now in the service of the king.

20.This was a comprehensive test. They were better than all the others.

“Nebuchadnezzar tried the men who stood before him with hard questions. It soon became evident that four young men outranked all of the others and, of those four, one was without peer. The king asked this one, young Belteshazzar, questions that stumped even the members of the court who were themselves famous in both the colleges and the court. Daniel outshone them all.” (Phillips, 41)

I guess he was the valedictorian!

21. Daniel was taken from Judah to Babylon and was there for the full 70 years, into the reign of King Cyrus and possibly beyond that time.