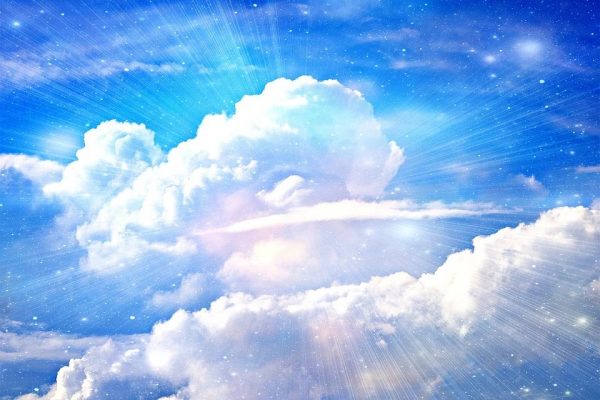 Daniel 10 begins a vision that ends in Daniel 12. In chapter 10 an angel, Gabriel, came to him, clothed in linen. Also, it shows the battle we all have with evil.

“The veil of the spiritual world is partially and momentarily pulled aside, and we get a look into the unseen world.” (McGee, J. Vernon, Thru the Bible: Volume III: [Nashville: Thomas Nelson, 1983], 589)

“This chapter gives us an extraordinary glimpse into the mechanics of prayer and a look at the spiritual forces that take sides for and against God’s people in the unseen world.” (Phillips, John. Exploring the Book of Daniel: An Expository Commentary. [Grand Rapids: Kregel Publications, 2004], 174)

“These last three chapters constitute Daniel’s fourth vision, gathering together the significant threads of prophecy, especially as they relate to the Holy Land and to the people of Israel.” (Walvoord, John F. Daniel. [Chicago: Moody Publishers, 2012], 301)

1. During the third year of Cyrus something that will happen in the future was revealed to Daniel.

2. After seeing the vision he was in anguish for three weeks.

3.He changed his eating habits, not eating the best choices of food or drink wine.

Daniel did nothing to enhance his physical body because he was in grief for Israel.

4. He was sitting on the side of the river Hiddekel with is the Tigris when Gabriel came, clothed in linen.

5. Daniel looked up and saw Gabriel who was clothed in linen wearing a belt of fine gold.

6. Ever wonder what an angel looks like, besides being clothed in linen. This is a good description. Remember, this is Gabriel. See also Ezekiel 1:13-14.

Those with him were frightened too.

I think I would be scared too.

9. Just listening to him caused Daniel to take a nap!

10. Then he touched me causing me to crouch, not knowing what would come next.

“Warmth and kindness were in that touch. No longer prostrate on the ground, the old prophet now rested on his hands and knees.” (Phillips, 178)

“There was no ground for terror. The visitor had come to comfort, not condemn, and to reveal, not to revile. Daniel was to get up and stand on his feet like the man greatly beloved of God that he was.” (Phillips, 178)

I think I would be trembling, also!

We cannot fault Daniel for trembling in the presence of this divine being.

12. This tells us some great reasons as to why there are times where we do not receive an answer to our prayers.

“Various reasons exist as to why we experience delay in receiving an answer to our prayers. Sometimes we are in no spiritual condition to receive the answer that God would send. Sometimes we ask amiss, and God withholds the answer to give us time to see for ourselves how wrong our request is. Sometimes God uses natural means to accomplish His purpose, and often it takes time for such results to be bought to pass.” (Phillips 179)

“James 5:16 tells us that the ‘prayer of a righteous man is powerful and effective’, and Daniel was a good example of that.” (Gangel, Kenneth O. Holman Old Testament Commentary. [Nashville: B&H Publishing Group, 2001], 283)

How righteous are we?

“This prince is not the human king of Persia, but rather the angelic leader of Persia, a fallen angel under the direction of Satan, in contrast to the angelic prince Michael who leads and protects Israel. That the angel described as ‘the prince’ of Persia is a wicked angel is clear from the fact that his opposition to the angelic messenger to Daniel was given as the reason for the twenty-one-day delay in the answer.” (Walvoord, 310)

“Michael seems to be the most powerful of the holy angels, and with his assistance the messenger to Daniel was released to fulfil his mission.” (Walvoord, 310)

14. Daniel, I am going to tell you what will happen in the future.

“The vision to which the angel referred is the long vision of the next chapter. As we shall see, this remarkable vision covers the entire intertestamentary period from Malachi to Matthew. It then leaps over the church age and focuses on what the angel calls ‘the latter days.’ This is one of the focal revelations of all prophecy.” (Phillips, 180)

15. Daniel lost his voice and could not talk when he listened to Gabriel.

“Daniel’s spiritual and emotional struggle continued as he was rendered speechless by this talk about spiritual warfare somewhere in the skies over Persia.” (Gangel, 285)

I would have been speechless too!

16. After being touched by Gabriel, Daniel commented that he was in agony because of what he had seen.

17. There was no strength in him, and he was having difficulty breathing.

Daniel “was quite overcome by the sorrows that were to afflict the world in general and his own people in particular.” (Phillips, 182)

Remember, we were told in verse 2 that he had fasted for three weeks.

Also, he was an old man.

I can relate, can you?

18. This time the touch strengthened Daniel.

19. You are greatly loved. Be strong. After this Daniel was able to see the vision.

20. You know where I came from, but I must return and fight again.

“The implication is that constant warfare is required for spiritual victory, and this would require the angel’s further attention. The mention of both Persia and Greece also directs our attention to the second and third major empires that are involved in the prophecies of Daniel 11:1-35.” (Walvoord, 315)

This chapter helps us to be aware of the struggles that are against us because of spiritual wickedness.

21. The best explanation of the scripture of truth I found is from Walvoord:

“Concerning the ‘book of truth,’ Jeffery notes, ‘In the Talmud (Rosh-ha-Shana 16b) we read how on New Year’s Day the books were opened and fates recorded. These tablets in the book are frequently mentioned in Jubilees and the Testaments of the Twelve Patriarchs, and in the Prayer of Joseph preserved in Origen, Philocalia 23, 15 we read, ‘For I have read in the tablets of heaven all that shall befall you and your sons.’” (316)

“The fact that an entire chapter is devoted to this preparation makes clear that the revelation to follow is important in the consummation of God’s purposes in the world.” (Walvoord, 317)