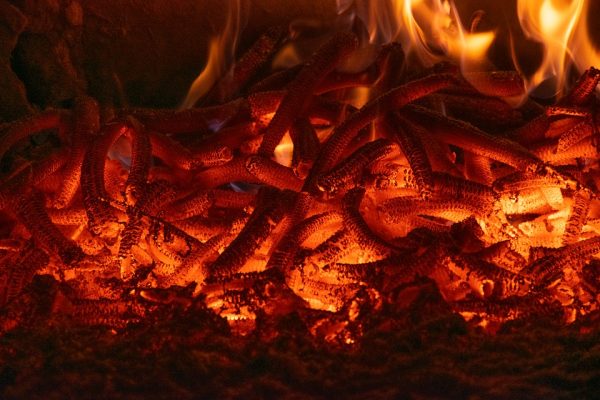 Daniel 3:8-23 The three Hebrews did not obey the kings order to fall down and worship the image. They were thrown into the fiery furnace.

8. The Chaldeans had been watching.

It did not take long for the astrologers [Chaldeans] to come tell the king.

They were going to confront the king.

9. They gave the standard greeting for a king or royalty.

10. In Daniel 3:4-6 that everyone was to fall down and worship this image.

The Chaldeans reminded the king that he made the law.

11. And those that do not fall down, and worship the image will be thrown into the fiery furnace.

This is the law the king decreed.

You must worship the image.

What image are you worshiping?

12. They even gave the king the names of the rulers over the province of Babylon.

They told the king that these men did not bow. They are not worshipping the golden image.

The Chaldeans accused Shadrach, Meshach, and Abednego of three things:

“First, they showed no regard for the king.
Second, they did not serve the king’s gods.
Third, they refused to worship the golden image Nebuchadnezzar had set up.” (Walvoord, John F. Daniel. [Chicago: Moody Publishers, 2012], 108)

The King is Mad

“If the Chaldeans hoped to incite the king into a fine fit of fury, they were successful.” (Phillips, John. Exploring the Book of Daniel: An Expository Commentary. [Grand Rapids: Kregel Publications, 2004], 64)

14. The king asked them if this was true.

What gods do you serve or worship?

15. Nebuchadnezzar gave them a second chance.

When you hear the music, this time then fall down and worship.

It’ll be ok guys, must be a misunderstanding.

Otherwise, you will be thrown into the midst of a burning fiery furnace.

Then Nebuchadnezzar asked, who will save you then?

Can your god do this? Save you from hell?

Do you want to Trust Jesus with your heart. Go to page 2 today!

16. There is no need for us to even answer you.

“‘We are not careful to answer thee in this matter’ means that they have carefully weighed the consequences of refusing to obey the king.” (McGee, J. Vernon, Thru the Bible: Volume III: [Nashville: Thomas Nelson, 1983], 546)

17. The God we serve is able to deliver us from the fire!

Do you believe your God can rescue you?

18. If Our God does not save us, we are not going to serve your gods or worship that image you have set up.

“The ultimate display of godly courage is not to die with desperate expectation that God will somehow intervene at the last moment but rather to live or die in complete confidence that God will do what he will do.” (Gangel, Kenneth O. Holman Old Testament Commentary. [Nashville: B&H Publishing Group, 2001], 78)

“The book of Daniel depicts the sovereignty of God in the lives of his people and in the affairs of the nations of the world.” (Gangel, 78)

He had the furnace heated seven times hotter than before.

20. He ordered some strong men in his army to tie them up and throw them

Into the burning fiery furnace.

were tied up with their clothes on before being

Thrown into the burning fiery furnace.

“The king did not even want to take the time to have the condemned men stripped of their clothes, which would have been normal in the ancient world. The men’s clothing later became a further testimony to God’s delivering power.” (Walvoord, 111)

the furnace was overheated that the mighty men of his army were killed in the fiery furnace.

23. And these three men, Shadrach, Meshach, and Abednego,

They are now in the fiery furnace with all their clothes on.

Do you wonder what happened in the fiery furnace?