Daniel 3 Walking in the Fire 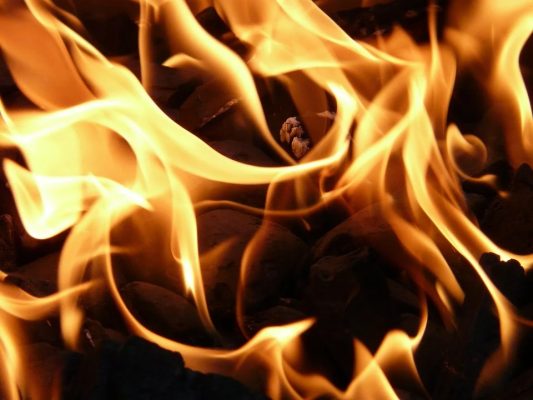 Walking in the Fire

24. How many men were bound and cast into the fire?

The king asked, “Did not we cast three men bound into the midst of the fire?”

You are correct, Oh King!

“What’s more, they were free, unhurt, and walking around in the heat and flames, making no attempt to come out.” (Walvoord, 113)

“Many Christians (I among them) believe that this was probably a Christophany, an appearance of the preincarnate Christ, although that cannot be proven from the text.” (Gangel, Kenneth O. Holman Old Testament Commentary. [Nashville: B&H Publishing Group, 2001], 81)

Footnote from the Amplified Bible:
Copyright © 2015 by The Lockman Foundation, La Habra, CA 90631. All rights reserved.

Daniel 3:25 The KJV has “the Son of God” here, referring to the pre-incarnate Christ, because the usual term for God is Elohim, a plural form. Even if it was the pre-incarnate Christ, however, the pagan king would not have had Him in mind but a “son” of the Babylonian gods, perhaps a minor deity or an angel. The ancient rabbis of course would have fought any attempts by Christians to equate the fourth person in the furnace with the Son of God, so they portrayed God as turning Nebuchadnezzar over to Satan for punishment for the words he exclaimed here, as if he did in fact say “Son of God,” and they made out v 28 to be a confession on the king’s part that what he saw was after all just an angel.

Close to the Fire

26. Nebuchadnezzar dared to come close to the door of the furnace which had killed his guards who had tied up Shadrach, Meshach, and Abednego.

He called to them, and they came out.

“This blazing furnace, stoked as hot as an angry king could make it, left not a single burn on their bodies.” (Gangel, 82)

No hair was singed, what they were wearing was not burned, There was no smell of smoke on them.

They suffered no harm.

“Nebuchadnezzar was deeply moved. Forgotten was the foul image that had so engrossed him for months.” (Phillips, John. Exploring the Book of Daniel: An Expository Commentary. [Grand Rapids: Kregel Publications, 2004]. 66)

“There is nothing personal in this expression of Nebuchadnezzar; yet he recognizes the omnipotence of the living God and His power in delivering these three men. He grants that their God is superior to his.” (McGee, J. Vernon, Thru the Bible: Volume III: [Nashville: Thomas Nelson, 1983], 548)

29. No one is allowed to say anything against their God or they will face the consequences.

“He did not deprecate his own gods but acknowledges the power of the God whom Shadrach, Meshach, and Abednego worshiped.” (Walvoord, 115)

“In spite of separation from parents and the corrupting influences of Babylonian religion, political pressure, and immorality, they did not waver in their hour of testing.” (Walvoord, 116)

30. Shadrach, Meshach, and Abednego were promoted.

“In his remarkable repentance, Nebuchadnezzar went a step further. He promoted the three Hebrews in the province of Babylon.” (Phillips, 67)