Daniel 4:28 From Pride to Humility 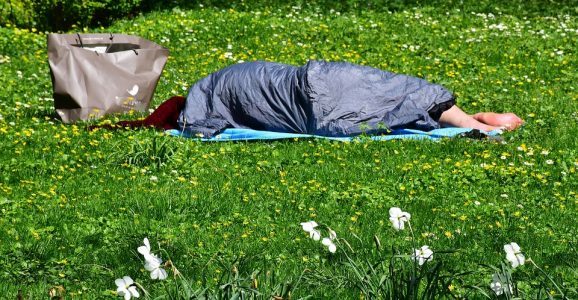 From Pride to Humility

Daniel 4:28-37 King Nebuchadnezzar is banished to the outdoors. Why? Pride! He will be outside seven years before he returns.

28 All this came upon the king Nebuchadnezzar.

Nebuchadnezzar “respected his prophet and listened politely to the interpretation, but he essentially said, ‘this gospel is not for me. I don’t believe in a God who would punish people who don’t follow his commands or listen to his word.’” (Gangel, Kenneth O. Holman Old Testament Commentary. [Nashville: B&H Publishing Group, 2001], 114)

29 At the end of a year he was walking in his palace.

“So the Lord gave the king one more year which he probably spent admiring all the wonders of his reign, including the magnificent palace of Babylon with its high walkways, stone pillars, and hanging gardens.” (Gangel, 114)

30 He was complimenting himself for all he had done.

“God gave time for repentance. The sharp edge of the nightmare faded. A year went by. Then it happened. The king was strolling through his palace. He caught a glimpse of the magnificent city. His heart was suddenly swollen with pride.” (Phillips, John. Exploring the Book of Daniel: An Expository Commentary. [Grand Rapids: Kregel Publications, 2004], 79)

“And, by so saying, he crossed that mysterious boundary between God’s mercy and His wrath.” (Phillips, 79)

“But personal pride that locks God out of one’s achievements leads to spiritual ruin.” (Gangel 114)

31 As he was saying these words:

Have there been times you were ready to say something then somebody said it for you?

“Daniel used a gripping phrase to tell us the instant judgment of God.” (Gangel, 114)

God told Nebuchadnezzar that the kingdom was no longer his.

“No sooner were the words expressing his pride out of his mouth that he heard a voice from heaven pronouncing his judgment.” (Walvoord, 135)

32 You will be taken away from men. Your lodging will be with the animals. You shall be made to eat grass for seven years.

“Some have speculated that Daniel’s love and care for his monarch led to some carefully constructed and restricted area inside the palace grounds where the demented king could roam out of the sight of his subjects.” (Gangel, 115)

He will continue in this state until thou know that the most High ruleth in the kingdom of men, and giveth it to whomsoever he will.

33 Immediately the word was fulfilled against Nebuchadnezzar. He was driven from among men and ate grass like an ox, and his body was wet with the dew of heaven till his hair grew as long as eagles’ feathers, and his nails were like birds’ claws.

“The condition of his hair and nails is a new detail. How quickly God can reduce a man at the pinnacle of power and majesty to the level of an animal!” (Walvoord, John F. Daniel. [Chicago: Moody Publishers, 2012], 136)

34 Nebuchadnezzar looked to heaven, and he gave credit to God and praised him.

“Nebuchadnezzar looked up and saw the heavens above. His sanity was restored, and his soul burst into song.” (Phillips, 81)

“God is sovereign in his world,” (Gangel, 116) and he does according to his will among the host of heaven and among the inhabitants of the earth.

36 My reason returned. I was back in my kingdom.

“Nebuchadnezzar’s reason returned to him. His position as king of Babylon was restored to him, and his officials once again surrounded him.” (McGee, J. Vernon, Thru the Bible: Volume III: [Nashville: Thomas Nelson, 1983], 556)

“So the kingdom was returned intact to Nebuchadnezzar when his sanity was restored. The restoration awed the king and caused him to acknowledge the works, ways, and wonders of God.” (Phillips, 82)

He can humble those who have pride.

He can humble those who have pride.

“Every Christian in trouble, struggling to maintain or regain identity and purpose in life, can find hope in this chapter.” (Gangel, 117)

Nebuchadnezzar put his trust in God.

Are you willing to put your trust in the same God and in Jesus?