Daniel 5 The Gods of Gold 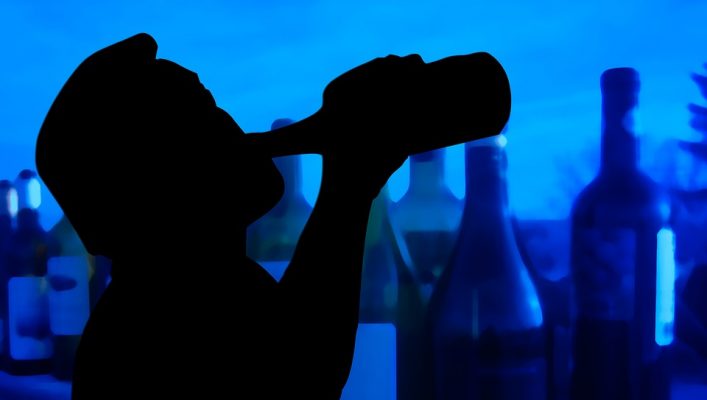 Daniel 5:1-16 Belshazzar is celebrating a feast using the vessels of gold that were taken from the temple in Jerusalem when Nebuchadnezzar invaded Israel.

1. King Belshazzar is giving a feast.

“It was during this near quarter of a century between chapters 4 and 5 that the further revelations given to Daniel in chapters 7 and 8 occurred.” (Walvoord, John F. Daniel. [Chicago: Moody Publishers, 2012], 143)

We can only imagine what was happening at this feast.

Belshazzar and his lords are drinking wine and getting drunk.

2. Belshazzar wanted the gold and silver cups that Nebuchadnezzar had taken from the temple in Jerusalem for everyone to use.

Jeremiah 27:6-7 speaking of Nebuchadnezzar tells us that “all nations shall serve him and his son and his grandson until the [appointed] time [of punishment].”

Nebuchadnezzar had respected these items and did not use them.

3. The gold vessels were given to those attending the party to use.

4. While drinking wine in these cups they praised the gods that could not speak.

Daniel “links drinking with the pagan worship of gods of gold and silver, bronze, iron, wood, and stone.” (Gangel, 132)

“Belshazzar meant that gesture to be the proof, indeed, that the gods of Babylon were greater than the God of the Jews. “ (Phillips, John. Exploring the Book of Daniel: An Expository Commentary. [Grand Rapids: Kregel Publications, 2004], 87)

5. It did not take long for the God of the Jews to react!

Fingers of a man’s hand appeared and was writing on the wall.

I think I would be very scared at this point!

6. Maybe the king became white with fright! Now he was frightened!

“His thin courage, bolstered by wine drunk from vessels that Nebuchadnezzar had plundered and were seemingly a symbol of the power of Babylon’s gods, deserted him.” (Walvoord, 148)

7. Bring in the wise men. Interpret this writing!

He promises a reward to whoever can tell him the interpretation of what the fingers are writing.

“He hardly had the strength to stand. Probably before the babble of conversation in the banquet room had subsided, Belshazzar began to call out loudly to summon his wise men.” (Walvoord, 148)

8. This was the second time in the book of Daniel the wise men could not read the writing!

9. Everyone was astonished. The kings color changed.

“Belshazzar’s predicament is another illustration of the insecurity and powerlessness of the rulers of this world when confronted by the power and wisdom of God.” (Walvoord, 149)

10. The queen heard what was going on and came to the rescue.

Do not be scared.

“The queen mentioned here is thought to have been Nitocris, a wife of Nebuchadnezzar and, presumably, the grandmother of Belshazzar. She was the queen mother.” (Phillips, 89)

“Word reached her of the chaos reigning in the banquet hall. She hurried in and was instantly received with honor.” (Phillips, 89)

11. Remembering what happened before she told the king about Daniel.

The queen mother “came straight to the point: the answer to the king’s predicament was to be found in a man name Daniel, of whom Belshazzar seems to have been ignorant.” (Phillips, 89)

He has the spirit of the holy gods.

His wisdom is like the wisdom of the gods.

12. He is an excellent man who will be able to interpret the writing.

The Queen said, “Belshazzar get Daniel in here”!

13. Daniel was brought before the king.

It sounds to me that “Art thou that Daniel, which art of the children of the captivity of Judah, whom the king my father brought out of Jewry?” is a derogatory comment.

14. “The king recognized that in this aging prophet (well into his eighties) God had placed insight, intelligence and outstand wisdom. [NIV]” (Gangel, 136)

15. The wise men could not tell me the interpretation of the handwriting.

16. I have heard that you can interpret the handwriting on the wall.

If you can read this and interpret this, you will be rewarded.

“Too often the world, like Belshazzar, is not willing to seek the wisdom of God until its own bankruptcy becomes evident.” (Walvoord, 152)

Have you sought the wisdom of God?