Daniel 5 Writing on the Wall 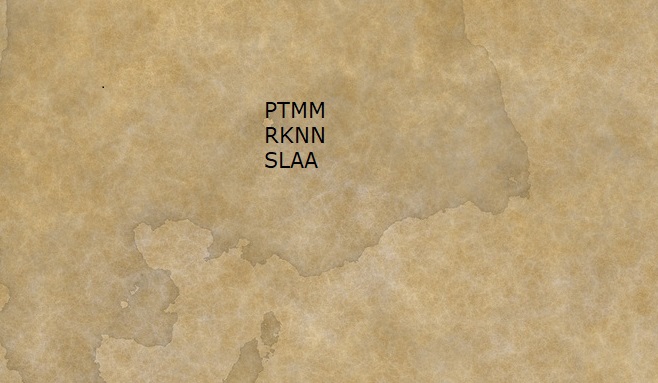 Writing on the Wall

Daniel 5:17-30 Daniel is before King Belshazzar to interpret the words of the fingers that were writing on the wall. What is Daniel going to tell the king?

Remember from Verse 7 and 16 that the king offered to whoever reads the writing and interprets it will receive a reward.

Here Daniel is refusing the reward.

But he is not refusing to read and interpret the writing.

“Daniel was simply saying that he would give an unprejudiced interpretation with no attempt to seek favor from Belshazzar. Daniel promised both to read and to make know the interpretation.” (Walvoord, John F. Daniel. [Chicago: Moody Publishers, 2012], 153)

But first a sermon.

It was God that gave your father Nebuchadnezzar a kingdom with majesty, glory, and honor.

“Nebuchadnezzar had been an absolute ruler on this earth.” (McGee, J. Vernon, Thru the Bible: Volume III: [Nashville: Thomas Nelson, 1983], 560)

19. Because of the greatness given him by God all peoples and their nations trembled and feared him.

He made decisions about the lives of the people.

Daniel is contrasting “the absolute earthly power of Belshazzar’s grandfather with the absolute heavenly power of the Most High God, showing the former was as nothing when compared with the later.” (Gangel, Kenneth O. Holman Old Testament Commentary. [Nashville: B&H Publishing Group, 2001], 148)

20. Because he was a proud man, he was humbled.

“God’s gifts to Nebuchadnezzar had made that great king responsible for handling them in a reasonable and righteous manner, and his failure to do so brought judgment.” (Gangel, 149)

“When Nebuchadnezzar became filled with pride, God humbled him to a tragic episode.” (McGee, 560)

21. See chapter 4 for what happened to Nebuchadnezzar.

“God had been patient with Nebuchadnezzar, giving him a whole year to change his ways before executing the sentence passed upon him. God had been patient with Belshazzar. He had the example of Nebuchadnezzar. He had his testimony to the wonder of the Most High God. He had ignored that testimony.” (Phillips, John. Exploring the Book of Daniel: An Expository Commentary. [Grand Rapids: Kregel Publications, 2004], 91)

22. But you, Belshazzar, knew all this but you have not become humble.

“These facts were pertinent to Belshazzar’s situation because the king knew all of this. The difference was that he had not humbled himself the way Nebuchadnezzar had done.” (Walvoord, 154)

23. You are fighting against the Lord of heaven.

Daniel told Belshazzar that the vessels of God’s house were being used:

All your guests have drunk wine in them.

Not only that but you have praised the gods of silver, and gold, of brass, iron, wood, and stone.

“These statues of the gods saw nothing and heard and felt nothing. A thousand hands could have emerged from the darkness to write over every wall in the world, and it would have evoked no response from those gods.” (Phillips, 92)

That is because they do not see or hear or know.

You did not honor the true and living God!

“We desperately need the teaching of the Word of God…What God thinks—that is what is important.” (McGee, 560)

24. Then was the part of the hand sent from him; and this writing was written.

“Daniel concludes his sermon by stating that the handwriting was from God whom Belshazzar had spurned and ridiculed and blasphemed.” (McGee, 560)

25.This is what the hand has written: Mene, Mene, Tekel, and Parsin.

“Having shared the most important message Belshazzar needed to hear, Daniel then turned to read the writing on the wall.” (Walvoord, 156)

I want to use the Contemporary English Version (CEV)

25-28 The words written there are mene, which means “numbered,” tekel, which means “weighed,” and parsin,[a] which means “divided.” God has numbered the days of your kingdom and has brought it to an end. He has weighed you on his balance scales, and you fall short of what it takes to be king. So God has divided your kingdom between the Medes and the Persians.

The difference between Parsin in verse 25 and Peres in Verse 28 is explained:

“Parsin is related to the Hebrew work peres, which was a unit of weight (a half-shekel). The word also can be translated ‘divided,’ and as a play on words it could also refer to the Persains.” (Walvoord, 157)

There are several ways of interpreting the writing. I will share the one from Phillips:

“All kinds of comments have been made on Daniel’s interpretation of the writing on the wall. One suggestion is that the words were written in the form of a square:

The Babylonian wise men read the letters from right to left, as in Hebrew or Aramaic, and could not get the letters to make any sense. Daniel read them from top to bottom, beginning at the right, and the letters resolved themselves into words.”

I could not identify the reason for the two A’s at the bottom of the square: SLAA.

Starting from the right and from the top of the letters in the square:

Now add the vowel E and the spacing:

Now turn it around to read it from left to right:

He at once interpreted this inscription, commenting as he went:

The first word was repeated for emphasis. (93)

I know this is difficult. Walvoord has a similar but different explanation on page 156 of his book.

I want to add something comical from McGee:

“I can’t resist telling you the story of a man who was a foreigner in this country and was finally persuaded by his daughter to go to church, although he had great difficulty understanding English. However, he agreed to go with his daughter, Minnie, on the Sunday the preacher had unfortunately chosen for his text the account of this writing on the wall: MENE, MENE, TEKEL, UPHARSIN. As soon as the preacher mentioned this, the man grabbed Minnie his daughter by the hand and took her out of the church. ‘Father, what in the world is the matter?’ she asked. With a heavy accent, he replied, ‘Did you hear what that preacher said? He said, ‘Minnie, Minnie, come tickle the parson’!’ Well, that is not the interpretation of this writing upon Belshazzar’s wall.” (561)

The interpretation began in verse 26.

29. As promised, Daniel was rewarded!

He should be the third ruler in the kingdom.

Belshazzar’s father, King Nabonidus was first and Belshazzar was second making Daniel the third ruler in the kingdom.

It was not to be.

30. In that night was Belshazzar the king of the Chaldeans slain.

From Daniel 2 Interpretation of the Dream the Head of Gold has become the Silver of the Chest and Arms.