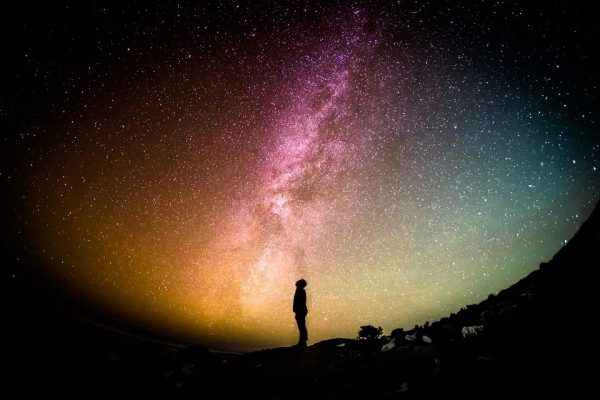 Daniel 8:15-27 Gabriel was sent to Daniel to help him understand the vision. It is about “the time of the end”.

15. Daniel is trying to understand the vision. He sees what looks like a man.

16. This man spoke telling Gabriel to make the vision understandable to Daniel.

17. He came near Daniel who became frightened.

I think I would be frightened also.

Phillips continued, “The angel Gabriel had not come to terrorize but to teach. The vision assuredly concerned Greece, Persia, and Antiochus Epiphanes, but the ultimate focus of it all was the end times. (146)

“Notice that it is for the ‘time of the end,’ not the end of time. Nowhere in the Bible are we told about the end of time. ‘The time of the end’ locates the complete fulfilment of this prophecy in the period which our Lord Jesus called the Great Tribulation. The man referred to is the Antichrist, also called the Man of Sin and the little horn of chapter 7. This prophecy goes beyond the immediate future and is projected into the distance future—even in our day it is still future. (McGee, J. Vernon, Thru the Bible: Volume III: [Nashville: Thomas Nelson, 1983], 581)

18. Daniel fell into a deep sleep until he was touched by Gabriel.

“Although Daniel apparently had been awake in the earlier part of the vision, he now fell into a deep sleep. It was a natural sleep but the result of his fear.” (Walvoord, John F. Daniel. [Chicago: Moody Publishers, 2012], 236)

Have you ever been awakened from a deep sleep? It takes a few minutes to realize where you are and then you must find out what is happening and why.

Gabriel just touched Daniel and made him stand up.

19. I will tell you what is going to happen.

“’The indignation’ is another expression for God’s wrath. We learn from the Apocalypse that God’s wrath will be poured out from bowls (vials) at the end of the judgment age when the Antichrist will be at the zenith of his power.” (Phillips, 146) Read about the Bowls.

20. The ram represents the kings of Media and Persia.

“Media and Persia are regarded as one empire.” (Walvoord, 242)

Although “Alexander was not technically the first king of Greece, he clearly was the greatest king and the only one to who the attributes of the large horn can be attributed.” (Gangel, Kenneth O. Holman Old Testament Commentary. [Nashville: B&H Publishing Group, 2001], 233)

“Although the goat is called ‘the king of Greece,’ it is an obvious reference to the kingdom as a whole, as the great horn between its eyes is identified as the first king. Practically everyone agrees that this is Alexander the Great.” (Walvoord, 242)

22. Four kings will come out of this empire.

In verses 23-26 Walvoord tells us “an individual is pictured prophetically who is said to have the following characteristics:” (243)

The following are from the ESV translation.

He comes at the latter end of their kingdom. (23)
The four kingdoms of verse 22 above.

He comes when the transgressors have reached their limit. (v23)

A king of bold face, one who understands riddles, shall arise. (v23)

His power shall be great—but not by his own power; (v24)

He shall cause fearful destruction and shall succeed in what he does. (v24)

And destroy mighty men and the people who are the saints. (v24)

By his cunning he shall make deceit prosper under his hand, (v25)

Without warning he shall destroy many. (v25)

And he shall even rise up against the Prince of princes. (v25)

26. Gabriel told Daniel that the vision he has seen is true.

“He told Daniel to seal up the vision because there was no way that people in his day could understand its full import.” (Phillips, 149)

27. “Daniel, exhausted and overcome by his ordeal, was ill for several days.” (Phillips 149)

“It is obvious that God’s intent was for Daniel to record the prophecy for the benefit of future generations rather than for Daniel himself. Unlike the previous instance where Daniel was the interpreter of divine revelation, here Daniel becomes the recorder of it without understanding all that he wrote or experienced.” (Walvoord, 246)