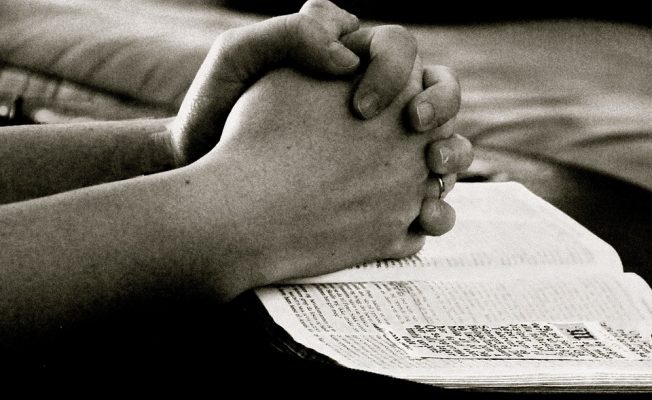 Daniel 9:1-19 Daniel read Jeremiah to learn when the desolation of Jerusalem would end. In prayer, Daniel turned to the Lord God for answers.

1. According to several Bible translations this was during the first year of Darius the son of Ahasuerus. According to a footnote in the Amplified Holy Bible this is not the Ahasuerus mentioned in the Book of Esther.

“The prayer in this chapter gives the pattern of his prayer life and acquaints us with the conditions of prayer.

Purposeful Planning. Prayer was not just a repetition of pretty phrase with flowery grammar. Matthew 6:7

Painful Performance. Daniel prayed with fasting and sackcloth and ashes. This was not done for outward show but to reveal the sincerity of his heart.

Perfect Plainness. Daniel was candid and straightforward in his confession. He got right down to business with God.

Powerful Petition. Daniel received an answer while he was speaking and praying…This man got answers to his prayers.

Personal and Private. Daniel did not call a public prayer meeting; he prayed privately. This prayer of his is of three minutes’ duration. [The prayer of Jesus in John 17 is also three minutes long.]

Plenary (full) Penetration. Prayer is the only force that has penetrated outer space to the throne of God.

Prayer for Daniel was a real exercise of soul in spiritual travail. Such prayer is arduous work. It requires effort and endurance and suffering.”

2. Daniel is reading Jeremiah 25:11-12 which tells us that Israel will be in Babylon for seventy years.

One easy way to determine God’s will is to study God’s word then ask Him in prayer for His guidance. (McGee, 583)

First, Daniel took the seventy years literally and believed that there would be a literal fulfillment.

Second, Daniel realized that the Word of God would be fulfilled only on the basis of prayer, which led to his fervent pleas recorded in this chapter.

3. Daniel is seeking God’s will in his prayer.

4. Daniel is confessing his sin and the sin of his people to the Lord.

“This prayer is one of the great model prayers of Scripture.” (Phillips, John. Exploring the Book of Daniel: An Expository Commentary. [Grand Rapids: Kregel Publications, 2004], 155)

5. We can learn from the elements given here in Daniel’s prayer.

We have all done these. Have we confessed them?

Daniel is praying for his nation! He is telling God exactly what they have done.

6. Do we really listen to our pastor or an evangelist?

Just going to church will not get us into heaven.

Confessing our sins and accepting Jesus as our Savior is the only way.

7.First the Northern Kingdom had been captured and taken into captivity. Then Judah was captured, and the residents were taken to Babylon.

The people had sinned against God. Have you? Have you confessed that sin to God?

8. Basically, I take this verse as saying, we should be ashamed of ourselves!

9. There is no excuse, Lord please forgive me, my family, and our nation (whichever nation you are in).

It is our sin that we need forgiveness for.

10. God sent us pastors and teachers, but we have not obeyed.

We are not following the truths of the Bible.

11. Another way of saying this is: “all the people in our nation have sinned against God.”

12 Are we deaf to our pastors and others who are telling us about Jesus? (Phillips, 158)

13. We have not confessed, nor have we repented.

14. Just as God prepared the armies of Babylon to take the Israelites captives to their nation, He has prepared a punishment for those who do not know Him.

It is our individual responsibility to confess our sins then ask for God’s forgiveness.

16. We should pray that God will turn his wrath away from each of our nations.

17. Oh God, we plead for mercy. Make your face shine on our churches.

We need to go to the alter and ask forgiveness.

Remember, God forgives us because of His mercy.

19. “As we think of the sins of our own land, where the light of the gospel has shone so long, and as we think of God’s judgment on the horizon, surely we should take Daniel’s prayer and make it our own.” (Phillips, 160)