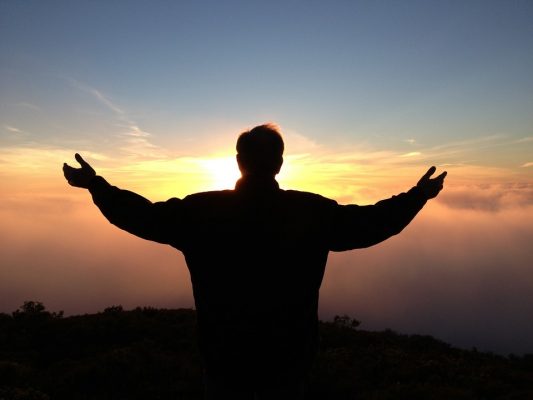 Daniel 9:20-27 Describes the Seventy Weeks which are to finish the transgression, put and end to sin, to atone our sins, bring everlasting righteousness.

20 Daniel was praying and confessing his sin (there is no mention of any sin of Daniel) and the sin of his people Israel. As he prayed, he was facing Jerusalem.

21 While Daniel was praying the angel Gabriel appeared. The time was about 3 P. M.

22 Gabriel was sent to Daniel to help him understand what he was seeing.

23 God evidently told Gabriel to go to Daniel to help him with the vision.

Notice that Daniel was loved by God.

24 The Seventy Weeks are to:

To finish the transgression.

There will be no more wrongdoing.

To put an end to sin.

The end of sin will come after the tribulation.

To atone for iniquity.

The sins committed will be forgiven when you confess them to God.

To bring in everlasting righteousness.

Being righteous is to be moral.

To seal both vision and prophet (prophecy).

“This is probably best understood to mean the termination of unusual direct revelation by means of vision and oral prophecy. This expression indicates that no more is to be added and that what has been predicted will receive divine confirmation in the form of actual fulfillment.” (Walvoord, John F. Daniel. [Chicago: Moody Publishers, 2012], 273)

To anoint a most holy place.

This “has reference to the anointment of the holy of holies in the millennial temple about which Ezekiel spoke (Ezekiel 41-46).” (McGee, J. Vernon, Thru the Bible: Volume III: [Nashville: Thomas Nelson, 1983], 587)

I took this as a reference to each of us being holy.

1 Corinthians 6:19-20 tells us that “your body is a temple of the Holy Spirit within you, whom you have from God?”

25 “Sixty-two weeks, or 434 years, bring us to the Messiah. Sir Robert Anderson in his book, The Coming Prince, has worked out the time schedule. From the first month Nisan to the tenth of Nisan (April 6) A. D. 32, are 173,880 days. Dividing them according to the Jewish year of 360 days, he arrives at 483 years (69 sevens). On this day Jesus rode into Jerusalem, offering Himself for the first time, publicly and officially, as the Messiah.” (McGee, 588)

I found a diagram for the seventy weeks on Google:

The search term I used is: “diagram of the seventy weeks in Daniel 9.”

The images were helpful.

26 “Perhaps the most important chronological feature is to recognize that this occurs after the sixty-ninth weeks and before the seventieth.” (Gangel, Kenneth O. Holman Old Testament Commentary. [Nashville: B&H Publishing Group, 2001], 268)

“It is not altogether clear whether the remarks about the destruction of the city have to do with the fate that overtook both Jerusalem and the temple in A.D. or if the comments of the angel belong to the seventieth week and coming destruction in the days of the Antichrist.” (Phillips, John. Exploring the Book of Daniel: An Expository Commentary.[Grand Rapids: Kregel Publications, 2004], 170)

27 Daniel is prophesying about the Antichrist who is to come.