How to Be Rescued from Sin and Live for Christ 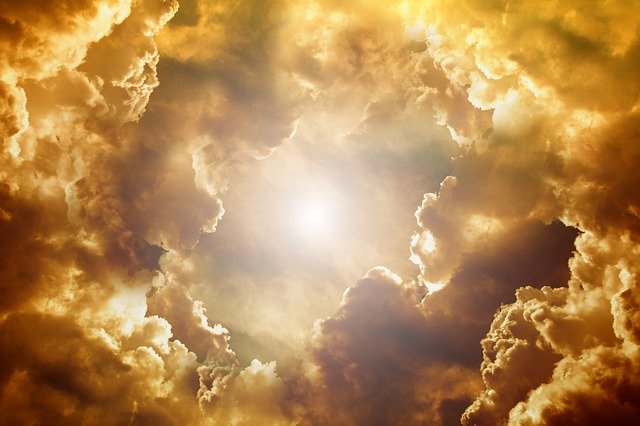 A few years ago I was preaching in Russian prisons on one of my many trips there. On this occasion, most were in the old Soviet Gulag beyond the Ural Mountains in Siberia. When I was there after the fall of the Soviet Union, these remote prisons held young Russian men convicted of murder, rape, and other major crimes.

As a monoglot, I used a translator. Some of the young men came forward in these well-guarded small groups of 25 or so, and my translator would say, for example, “Ivan wants to put his faith in Christ and be rescued.”

Later, I asked my translator why people coming to faith in Christ so often used the word, “rescued.” He put his forefinger to his lips and thought for a moment. He said, “You could also use the English word ‘saved.’ They want to be saved as you urge them to do by confessing their sins and following Christ.”

From that day to this, I have preferred the word “rescued” over “saved.” After all the incarnation, God becoming a man in the person of Jesus Christ, was the most daring rescue mission in all of eternity. At least from the human perspective.

The Dynamics of Decision

How does a person drowning in sin raise their hand and scream, “Rescue me!”? How can a person continue to follow the Savior who rescued them? These are profound questions, but they can be visualized like this. 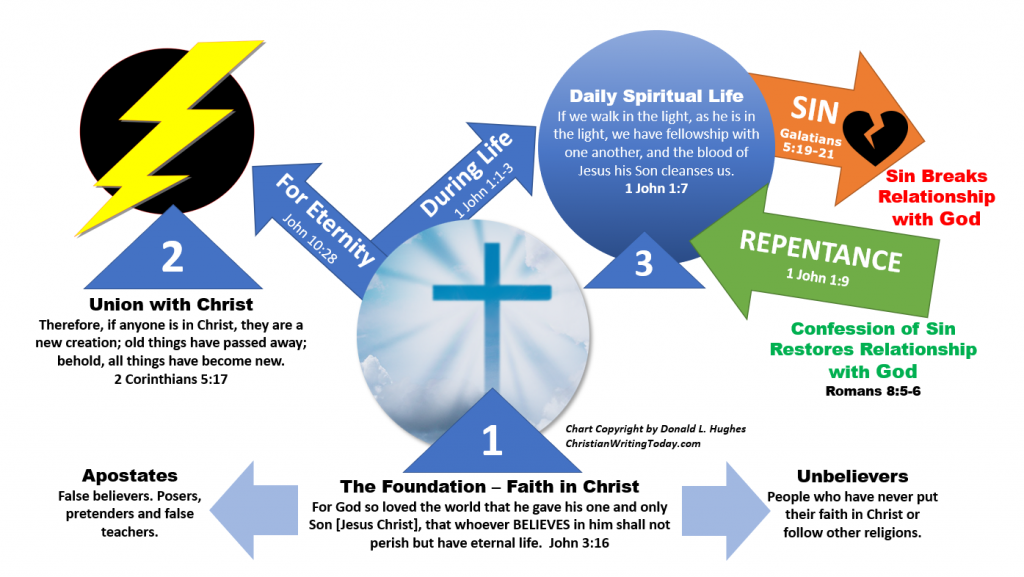 Triangle 1. The foundation of all is faith in Jesus Christ. He came to Earth proclaiming He was the Son of God to rescue each of us from our sins, and our obligation is to put our trust in Him. The promise is found in John 3:16 in the Bible. God asks each human to express their own will when it comes to allowing themselves to be rescued. Jesus Christ reaches out to people, but each must respond individually.

Sadly, not all will believe. These types of non-believers fall into two categories. One is the group that pretends to follow Christ. They may put on a big act, but in the end, they renounce Jesus as Lord. These people never really believed, and so we call them apostates.

The second group is unbelievers. They may be atheists or they may have put their faith in other gods or some humanistic lifestyle. Jesus said, “I am the way, the truth, and the life. No one comes to the Father except through Me” (John 14:6), so such people have no connection to the True, Living God.

Triangle 2. At the moment of our expression of belief in Him, God validates our rescue by giving us the indwelling power of the Holy Spirit. We gain spiritual union with Christ. That is what enables us to have eternal life. Ephesians 1:13 says, “When you heard the word of truth, the gospel of your salvation, and believed in him, were sealed with the promised Holy Spirit.” You cannot lose your salvation. In John 5:24 it says, “I assure you: Anyone who hears My word and believes Him who sent Me has eternal life and will not come under judgment but has passed from death to life.” Our bodies will wear out and die, but “in Christ” (Colossians 1:27) we live forever.

Triangle 3. The Lord wants us to keep a close connection with Him. We can do that through prayer, Bible study, thinking Godly thoughts, and doing acts of kindness in his name.

Even though we gain spiritual union with Christ when we believe, we are still humans. As humans, we constantly combat fleshly desires. A good many of these carnal activities, but not all, are mentioned in the Bible in Galatians 5:19-21. Yes, even when were are “in Christ” we are prone to sin and that breaks the spiritual communion we have with our Lord.

What do we do about that sin? We quickly tell God that we did sin and ask Him to forgive us. Some people think 1 John 1:9 is the most wonderful verse in the Bible for Christians. It says, “If we confess our sins, he is faithful and just and will forgive us our sins and purify us from all unrighteousness.”

Avoiding sin, then repenting of it when it happens, is the way we maintain a close relationship with our Lord. Sin fractures our relationship with Jesus Christ, but it does not break it. Our spiritual standing with the Lord does not change, but our state as humans will vary due to our innate sinful nature.

There is much more to learn about faith in Christ. However, this graphic shows the gateway to faith and how you can maintain a relationship with the Lord who rescued you.