I Saw God at Work in Vietnam 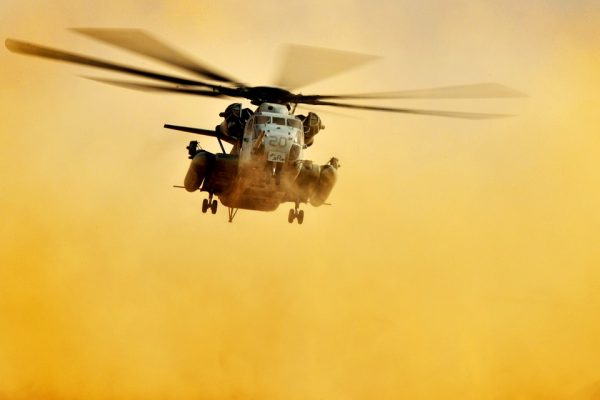 There were sounds of war all around our base. I watched the rockets as they headed toward the air strip. It was constantly under attack. I was assigned the Marine Air Wing stationed in Da Nang, Vietnam where I handled communications gear. Yet, I did see God at work while I was in Vietnam.

Like so many young people at the time, I had little purpose or direction in my life. My mother wanted me to go to college to keep from being drafted by the Army, and I did as she asked. But college didn’t interest me, and after two years of slow academic collapse, I finally quit.

Nevertheless, I had a will—and a strong one—so I joined to Marine Corps. That’s how I ended up in Vietnam.

One evening as I was resting in my rack, I heard an explosion nearby. That got my attention. Our barracks were far enough away from the air strip that we didn’t get targeted, but the Viet Cong were making an exception that evening.

With the first explosion, I was ready to jump into a nearby bunker. I had never even looked inside it, but I said to myself that if there was another explosion, I’d scramble over and make it my new home.

The second explosion never came. And, as it turned out, I never did see inside that hiding place. But it was reassuring to know it was there.

The bad thing about the attack was the mortar hit the nearby barracks of the Army of the Republic of Viet Nam (ARVN), our fight force friends in Vietnam. The unusual thing was this barracks was next to a fence separating the ARVN barracks from the USMC barracks. Those USMC barracks were the home of our Da Nang USMC Band. Several of the band members were hit and received purple hearts. Being the band was supposed to be safe duty, so I’m sure their war wounds surprised them.

The fact was, we were all vulnerable in a war zone. Since I was a Christian kid, I got my confidence from Psalm 37:5 where it says, “Give yourself to the Lord; trust in him, and he will help you.” I always sensed God was with me while I was in Vietnam.

Quangi Tri, in the northern part of the Republic of Vietnam, was a hotspot. It was the site of three major battles, one in 1968 and two in 1972. Fighting was going on there most of the time since it was in a strategic location.

The Marines stationed in Quang Tri, Vietnam, needed a working teletype machine. Since I was a communications guy, I was selected to take it by helicopter to the communications station there.

To say the ride was scary is an understatement. We hugged the coastline trying to evade enemy fire. I was prepared with my rifle. I was trained but I also was scared. What would happen if we were shot down and/or had to engage the enemy?

During the night I could hear fighting nearby. The communications center where I took the teletype was a tent and it was my job to protect this tent in event an attack occurred. Though that long night, I listened to the gunfire and faced the fear that the enemy could breech the perimeter as they so often did at different bases.

Fortunately, I heard but did not see combat that sleepless night. God was protecting us, I thought. Words from Psalm 145:20 came to my mind— “The Lord keeps all who love Him, but all the wicked He will destroy.”

On a human level, my heart was filled with fear. Yes, at the same time, I knew the Lord was watching over me during the night I spent there protecting me and my fellow Marines

God Was Watching Over Me

In January 1968 I was sent to the Philippines for training. Tet of 1968 was major offensive by the North Vietnamese Army and the Viet Cong during this time and I knew nothing about it. God protected me by sending me away from the fighting.

Four of us were temporarily assigned to Subic Bay, Philippines. One evening we were invited to eat with a Philippine family who lived near the base. The food was different from what I was used to, but it was good. The husband was a taxi driver who took us wherever we wanted to go.

This training was part of my job. Yet, at the same time I realized it was like a holiday because I could unwind from the pressures that slowly build. It was a respite from the terrors of living in a war zone where anything could happen.

For example, In the Marines we needed haircuts even in a war zone. There was a barber shop located in the compound in Vietnam where we could get a haircut. The barber was Vietnamese, and I wondered if the man fought on the side of the Viet Cong during the night.

Could he have been an assassin? Cutting our hair was not the only thing they did for us; they massaged us with an electric massager. As he massaged my neck, I would be nervous when his hand came over my throat. It would have been easy for this man to kill me. Such are the things that go through the mind of a young man in war.

God Will Watch Over You

God protected me while I was in Vietnam. Do you feel that God protects you wherever you are today? He cares for all who will let him. But you have to put yourself under his control. To accomplish that, He asks you to repent of your sins and invite him into your life. You express that to the Lord in words. Jesus will be there for you. Jesus said, in part, in John 3: “that whosoever believeth in him should not perish, but have everlasting life.” You receive God’s protection when you invite the Jesus Christ into your life.