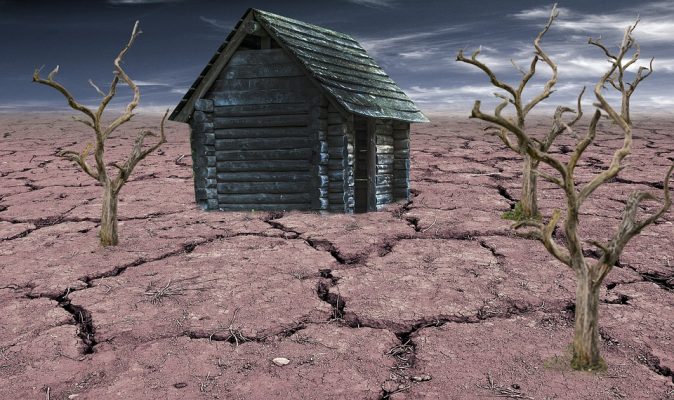 During forty-two months of the tribulation two witnesses will be preaching the gospel of Jesus Christ. The judgments that come are from God.

If you do not have a Bible, I invite you to go to BibleGateway.com another online Bible.

1. Measuring the Temple of God

Measuring rod in Greek “refers to a reedlike plant that grew in the Jordan Valley to a height of fifteen to twenty feel.” (MacArthur. New Testament Commentary: Revelation 1-11. [Chicago: Moody Publishers, 1999], 293)

They were lightweight and long, making them perfect for measuring the temple.

John was told, measure the temple of God, and the altar, and them that worship therein. (KJV)

“Every time you see the beginning of measurements, in either the Old or New Testament, it indicates that God is beginning to deal with the nation Israel (see Jeremiah 31:38-39; Zechariah 2).” (McGee, J. Vernon, Thru the Bible: Volume V: [Nashville: Thomas Nelson, 1983], 979)

“What we are dealing with here is a measurement of time given for the Time of the Gentiles, after which judgment will come upon them.” (McGee, 979)

The measurements are not given.

MacArthur calls it the “brazen altar” in the courtyard. (293

Them that worship therein.

Measure the people who are worshipping

During the first half of the tribulation, the Antichrist authorized the rebuilding of the temple. (MacArthur, 294)

This will awaken interest by the Jews in the Messiah.

2. The court of the Gentiles is not to be measured.

Here the nations mean the Gentiles.

The holy city is Jerusalem.

3a. And I will grant authority to my two witnesses,

Jesus or God the Father is granting the authority to the two witnesses.

Prophecy in the New Testament does not necessarily refer to predicting the future.

They will be pronouncing and preaching about Jesus Christ.

The two witnesses will prophesy for twelve hundred and sixty days.

The clothes they are wearing indicates they are really preachers who are only associated with God. (MacArthur, 298)

3b. Clothed in sackcloth.

I remember “feed sacks” when I was younger.

They were made from burlap which is rough and would not be comfortable when worn.

They are grieving for because people were not believing and refusing to repent. Also, they will mourn for the temple that has been desecrated, Jerusalem being oppressed and the Antichrist. (MacArthur, 299)

4. These are the two olive trees and the two lampstands that stand before the Lord of the earth.

The linking of the lamps to the trees is to show they are connected giving a continuous “supply of oil flowing from the olive trees into the lamps.” (MacArthur, 300)

“That symbolizes the truth that God will not bring salvation blessing from human power, but by the power of the Holy Spirit (cf. Zechariah 4:6)” (MacArthur, 300)

5. Christians (believers in Jesus Christ as the Messiah) are hated today throughout the world.

It is no different for these two witnesses. They will be hated.

God has used fire in the past to devour His enemies.

If any man will hurt them, he must in this manner be killed.

“God does not want their preaching stopped until their ministry is complete and will judge with death those who try to halt it.” (MacArthur, 302)

6. These have the power to shut up the sky

James 5:17 Tells us that the drought lasted three and a half years.

This drought will be terrible because it is part of God’s wrath. It will increase the pain of the people. (MacArthur, 302)

If you have experienced drought, you know what the effects will be.

These two witnesses will have power over waters to turn them to blood and to smite the earth with all plagues, as often as they will.

I cannot imagine the devastation caused by going to our source of water and finding it is blood. Exodus 7-12

“At the end of the age, some of his servants will demonstrate that the God of Moses and Elijah still rules from his heavenly throne despite the powerful forces of evil.” (Easley, Kendell H., Holman New Testament Commentary: Revelation. [Nashville: B&H, 1998], 193)

The beast that comes ascendeth out of the bottomless pit shall make war against them.

God does allow the beast from the abyss to make war with them.

“This is the first of thirty-six references in Revelation to the beast.” (MacArthur, 303)

Note also where he comes from: out of the bottomless pit (KJV) [abyss NASB1995]).

This indicates the beast is authorized by Satan. (MacArthur, 303)

This is the Antichrist who will make war with them. (Easley, 193)

8. “In the ancient world refusal to bury the dead showed utter contempt.” (Easley, 193)

The great city which [spiritually] mystically is called Sodom and Egypt

The great city is Jerusalem, mystically (or better “spiritually”) called Sodom and Egypt due to its wickedness. (MacArthur, 303)

Calling Jerusalem Sodom and Egypt indicates that the once holy city had become no better than places which were known for their hatred of the true God and His Word. (MacArthur, 303)

That the two witnesses were killed where also our Lord was crucified (KJV) identifies the city as Jerusalem. (MacArthur, 303)

9. Think about this. TV stations, video media, using the internet, satellite or some other media invented in the future will be covering the two witnesses.

People all over the world will be watching.

They see their dead bodies three days and an half.

I cannot imagine looking at a dead body for more than a short time.

But here the media will be focused on the two witnesses.

“The morbid curiosity of a godless society will relish the opportunity of gazing with awe upon these dead bodies.” (McGee, 982)

“To prevent the possibility of another empty tomb, there was no burial.” (McGee, 982)

10. Send gifts one to another

“The world engages in a modern Christmas and Mardi Gras, both rolled into one.” (McGee, 983)

Rejoicing is only mentioned in Revelation in this verse. (MacArthur, 304)

Because these two prophets tormented them that dwelt on the earth.

Instead of tormenting them the two witnesses were declaring God’s judgments. (MacArthur, 304)

11. Genesis 2:7 tells us that God breathed the spirit of life into Adam, the man he created.

Here God breathes the spirit of life into the two witnesses. They are now alive.

They stood upon their feet

“While the world is celebrating in jubilation the death of these witnesses and while the television cameras are focused upon them, the witness will stand on their feet.” (McGee, 983)

Great fear fell upon them which saw them

I would be afraid too!

Think about all the networks who are there televising this even.

First the two witnesses are lying dead on the street and the next instant they are standing.

It is being broadcast over the whole world.

They ascended up to heaven in a cloud; and their enemies beheld them.

I think I would be shaking in my boots!!!

Wonder if the TV cameras followed them into the clouds?

But they are broadcasting this, and people will be watching.

13. As soon as the two witnesses ascended into the clouds there was a great earthquake.

When the tomb of Jesus was opened there was an earthquake.

A tenth of the city fell.

Even if you live in a small town a tenth of the people dying at once would be a lot.

In the earthquake were slain of men seven thousand:

“They were men of prominence. They were the ones who had gone along with Antichrist, men who names got into the headlines when Antichrist came to power.” (McGee, 984)

The remnant were affrighted, and gave glory to the God of heaven

I would be terrified too. Praise the Lord I will not be there!

“This passage, then, describes the reality of the salvation of Jews in Jerusalem, as God fulfills His pledge of blessing for Israel (Romans 11:4-5, 26).” (MacArthur, 305)

14. The second woe is past; and, behold, the third woe cometh quickly.

The first woe passed in Revelation 9:12.

Now the third woe is coming.

And it is coming quickly.