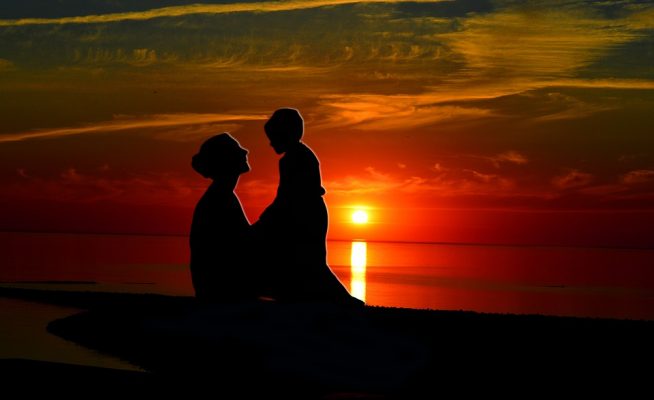 The Woman, Clothed with the Sun

“I believe that the identification of this woman is the key to the understanding of the Book of Revelation.” (McGee, Thru the Bible: Volume V: [Nashville: Thomas Nelson, 1983], 986)

She is a great sign that appeared in heaven.

Do you want to know who this woman is? She is clothed with the sun?

McGee called the women symbolic. (987) The symbolism is referring to Israel.

She is clothed with the sun

There the sun, moon and stars refer to Jacob, Rachel and his eleven bothers. When you include Joseph, it brings the total to twelve. (MacArthur, 5)

Clothed with the sun

Moon under her feet

On her head a crown

“Associates with triumph in the midst of suffering and struggle”

“(Joseph being the twelfth) on the woman’s head refers to the twelve tribes of Israel.”
Quotes from MacArthur (5)

These all link to the woman being Israel.

2. This woman is pregnant and crying out with labor pains.

The prediction of Jesus birth is recorded in Micah 5:2-3:

But as for you, Bethlehem Ephrathah,
Too little to be among the clans of Judah,
From you One will come forth for Me to be ruler in Israel.
His times of coming forth are from long ago,
From the days of eternity.

Notice that the ruler is from eternity.

This pregnancy helps affirm the fact that the woman is Israel.

This is the second sign the woman’s and believer’s enemy. (MacArthur, 6)

Verse 9 tells us this is Satan. (MacArthur, 6) See War in Heaven Link below

“Satan, of course is not an actual dragon (any more than Israel is an actual woman) but a malevolent spirit being a fallen angel.“ (MacArthur, 6)

Seven heads and ten horns, and on his heads were seven crowns.

4. And his tail swept away a third of the stars of heaven and hurled them to the earth.

The stars of heaven are Satan’s angels.

McGee tells us this “indicates the vast extent of the rebellion in heaven when one third of the angelic host, followed Satan to their own destruction. “ (989)      Jude 6

These angels were thrown to the earth

This is “a repulsive example of the dragon’s hatred.” (Easley, 209)

Satan also tried to eliminate Jesus when He was on the earth.

Remember Herod when the wise men came. He instructed them to return and tell him where Jesus was. Joseph was warned in a dream to escape to Egypt. During that time Herod had all male babies under two years old killed. Satan was at work trying to destroy Jesus. But he could not. God protected His Son.

Jesus is the Son.

Jesus will rule all the nations with a rod of iron

Jesus is not just going to rule the Israelites, but He will rule all the nations.

“The phrase rod of iron speaks of the resoluteness of Christ’s rule; He will swiftly and immediately judge all sin and put down any rebellion.” (MacArthur, 11)

Her Child was caught up to God and to His throne

Our Heavenly Father approved of the work of Jesus. Jesus redeemed us from our sin. (MacArthur, 11)

6. Then the woman fled into the wilderness where she had a place prepared by God

We do not know where this place is that God prepared.

Also, we do know that God will take care of those in this wilderness.

We also know that it will be for three and a half years.

She would be nourished for one thousand two hundred and sixty days.

Those there will be nourished the entire time.

This is the Great Tribulation. Matthew 24:21

The three and a half years come from Daniel 12:7