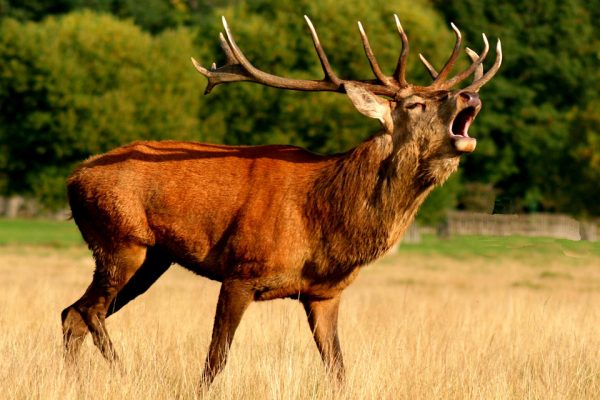 Revelation 17:7-18 discusses the mystery of the women who has seven heads and ten horns.

John is telling us there is no need to be puzzled. I am here to explain it to you.

Mystery of the woman

The beast that carrieth her is the Antichrist. [KJV]

Also note that the Antichrist hath the seven heads and the ten horns. [KJV]

See the discussion in Revelation 12 The Woman v3.

“In verses 8-14 the angel gives John a lengthy description of the beast.” (MacArthur, 168)

MacArthur tells us “that phrase refers to Antichrist’s faked death and resurrection.” (168)

This causes the entire world to be deceived. (MacArthur, 168)

After this the Antichrist is inhabited by a mighty demon which comes out of the abyss and will go to destruction. [NASB1995]

And those who dwell on the earth, whose name has not been written in the book of life from the foundation of the world. [NASB1995]

These are the unbelievers, and they will wonder when they see the beast, that he was and is not and will come. [NASB1995]

“The specific cause for their amazement will be Antichrist’s seemingly miraculous return to life after receiving an apparently fatal wound (cf 13:3-4” (MacArthur, 169)

“One category of people will not be deceived: Those whose names have . . . been written in the book of life from the creation of the world.” [NIV] (Easley, Kendell H., Holman New Testament Commentary: Revelation. [Nashville: B&H, 1998], 309)

“No stronger statement of the sovereignty of God in things pertaining to salvation is found in all the Bible.” (Easley, 309)

“These verses [9-11] are as challenging to interpret as any in the entire Book of Revelation.” (Easley, 309)

“The seven heads of the monster are seven hills on which the woman sits. [NIV]” (Easley, 309)

“In the first century, the anti-God city was Rome, the eternal city, famous for it’s seven hills.” (Easley, 309)

In your country what city would be anti-God?

Reading verse 9 and 10 without the verse divisions it makes a little since:

The seven heads are seven mountains on which the woman sits, and they are seven kings. [KJV]

“The five Gentile world empires that had fallen by the time of John’s vision are Egypt, Assyria, Babylon, Medo-Persia, and Greece.” (MacArthur, 169)

“The one that existed at that time was obviously Rome.” (MacArthur, 170)

When he cometh, he must continue a short space. [KJV]

“This corresponds to the brief forty-two months of the sea-monster’s power noted in Revelation 13:5.” (Easley, 311)

11. “When the seventh and final kingdom (seventh head of the monster) finally arrives, its leader with be an eighth king [NIV], the final personal Antichrist. (Easley, 311)

There are only seven heads, why are their eight kings?

“The explanation is that the final Antichrist will belong to the seven. [NIV]” (Easley, 311)

“Antichrist will be one of the seven kings before his supposed demise and resurrection and an eighth [NASB1995]  king afterwards during the second phase of his rule.” (MacArthur, 170)

The Antichrist goeth into perdition. [KJV]

12.The ten horns “are part of Antichrist’s future empire.” (MacArthur, 170

“The background for this is the ten-horned fourth beast of Daniel 7:7-24, for that is the only other ten-horned creature in Scripture.” (Easily, 312)

“To predict that these ten kings will be fulfilled by ten European countries of a ‘revived Roman Empire’—asserted by some prophecy specialists—goes far beyond anything in the text.” (Easily, 312)

13. The kings have one purpose [KIV] to support the Antichrist.

They will give their power and strength unto the beast. [KJV]

14. When they make war with the Lamb the result will be that the Lamb shall overcome them. [KJV]

The reason Jesus will overcome them is because He is Lord of lords and King of kings. [KJV]

They that are with him are called, and chosen, and faithful [KJV].

This is “a reference that can only apply to believers.” (MacArthur, 171)

Verse 15 was discussed in Babylon the Harlot.

16. The ten horns are the ten kings, and they hate the whore. [KJV]

They have turned on the false church!

Having used the false church to help him gain control of the world, the Antichrist will dispose of it. (MacArthur, 172)

“The Antichrist not only breaks his covenant with Israel, but he also breaks his relationship with the apostate church. This hatred against the apostate church is so violent that the reaction is described as the cannibalistic picking of her bones, then burning them with fire! This is what happens to the false church. It has no victory. It never comes in into the presence of Christ. It is not raptured. Finally it is destroyed by the Antichrist.” (McGee, 1035)

17. “It is God who will put in the hearts of Antichrist’s followers to execute His purpose by having a common purpose, and by giving their kingdom to the beast.” (MacArthur, 172)

“Satan is the instrument of God’s purposes.” (MacArthur, 172)

“All the words of God—every prophecy of Christ’s return and the setting up of His kingdom—will be fulfilled completely.” (MacArthur, 172)

18 The woman is the great city that rules over the kings of the earth. (NIV)

Scripture quotations taken from the NIV. Copyright by Biblica, Inc.®