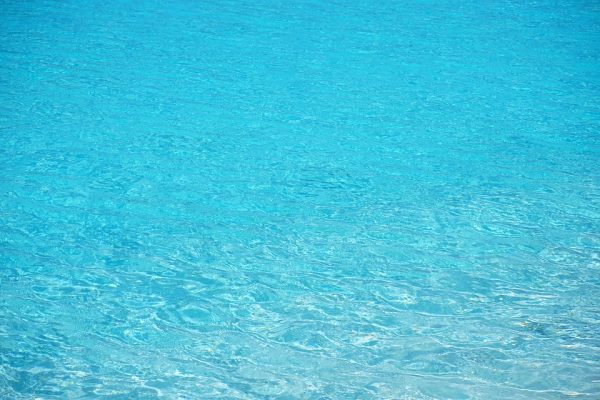 The Wall and Light of New Jerusalem

Revelation 21:15-27 gives a description of Holy Jerusalem. This article describes the wall and what the Light of New Jerusalem.

This angel is talking. John had a measuring rod of gold.

His purpose was to measure the city, its gates and its walls.

“The significance of all three measurements is that they mark out what belongs to God.” (MacArthur, John. New Testament Commentary: Revelation 12-22. [Chicago: Moody Publishers, 2000], 281)

The measurement in Revelation 11:1 “did not tell us the dimensions. Here he does so. There, the measuring symbolized God’s protection; here it demonstrates the awesome greatness and perfection of the city.” (Easley, Kendell H., Holman New Testament Commentary: Revelation. [Nashville: B&H, 1998], 399)

Easley calls it “perfectly square and it was high as it is long.” (399)

“Morris calculates that each person’s ‘cube’ would be approximately seventy-five acres on each side.” (The Revelation Record [Wheaton, Ill.: Tyndale, 1983], 450)

“Were that city be superimposed on the present-day United States, it would extend from Canada to the Gulf of Mexico, and from Colorado to the Atlantic Ocean (The Revelation Record, 450) (MacArthur, 282)

“As if to emphasize that the city’s dimensions are literal and not mystical, John adds the parenthetical footnote that those dimensions were given according to human measurements, which are also angelic measurements. (NASB)” (MacArthur, 282)

“The angel measured the wall at 144 cubits, about two hundred feet. Whether this is meant as the height or thickness of the wall is not clear…Perhaps it is best to see this dimension as the number of tribes of Israel multiplied by the number of the apostles (vv. 12-13), another representation of the people of God throughout time.” (Easley, 399)

“Beauty, rather than protection, is the motive in design. It is a wall with jasper built into it and is generally designates as a jasper wall. The hardest of substances and the most beautiful gem constitute the exterior of the city.” (McGee, J. Vernon, Thru the Bible: Volume V: [Nashville: Thomas Nelson, 1983], 1071)

The city of pure gold, as pure as glass.

“The new Jerusalem’s walls and buildings must be clear for the city to radiate the glory of God.” (MacArthur, 282)

19. “John describes the materials with which the foundations of the city walls were decorated.” (Easley, 400)

With every kind of precious stone.

“A close examination of these twelve stone in the foundation reveals a polychromed paragon of beauty; varied hues and tints form a galaxy of rainbow colors.” (McGee, 1071)

21. The twelve gates were twelve pearls,

“Jesus had told a parable about a man who sold all he had to purchase a costly pearl. (Matthew 13:45-46). Pearls were as highly prized in the ancient world as they are today.” (Easley, 400)

Each gate made of a single pearl.

“If the dimensions for the wall hold for the gates, then the pearls are at least two hundred feet in diameter. Again, our imaginations are stretched past the breaking point.” (Easley, 400)

The great street of the city was of gold, as pure as transparent glass.

“The streets in the New Jerusalem were made of the highest quality pure gold which, like everything else in the heavenly city, was transparent like glass.” (MacArthur, 284)

“For the city street to be transparent as glass (revealing that it was flawless) shows that every citizen of the heavenly city will have access to far more that the wealthiest human who ever lived. It is also worth noting that in the ancient temple of Israel, the priests walked on gold floors; now every citizen has the same privilege and beyond.” (1 Kings 6:30) (Easley, 401)

The Lamb is the Light

John did not see a temple. There is no need for a temple in the New Jerusalem.

The temple in Israel “was an earthly enclosure for the shekinah glory. It was a testimony to the presence of God and the presence of sin. Where sin existed, God could be approached only by the ritual of the temple.” (McGee, 1073)

“There is no need for a temple in the new Jerusalem. for the Lord God Almighty and the Lamb are its temple.” (MacArthur, 284)

“Believers will be constantly in His presence (cf. 21:3); there will never be a moment when they are not in perfect, holy, communion with the Lord God the Almighty and the Lamb. (NASB) (MacArthur, 284)

23. The city does not need the sun or the moon to shine on it.

“God lights the new creation directly by His presence.” (McGee, 1073)

For the glory of God gives it light, and the Lamb is its lamp.

Light comes from the glory of God.

No need to turn on a lamp because the Lamb is its lamp.

24. The nations will walk by its light, and the kings of the earth will bring their splendor into it.

“The ‘nations’ and their ‘kings’ are Gentiles and their leaders who have been redeemed, while the city dwellers are Israelite.” (Easley, 402)

Nations “can also mean ‘people,’ and is most frequently ‘Gentiles’ [from the Greek]” (MacArthur, 285)

“Another possible interpretation is that this phrase refers to the believers living at the end of the Millennium.” (MacArthur, 286)

25 On no day will its gates ever be shut, for there will be no night there.

There is no need for the gates to be shut.

“They are going to throw away the key because there will be no danger.” (McGee, 1074)

26. The glory and honor of the nations will be brought into it.

This “suggests that endlessly in heaven the saints will have opportunity to bring praise to God by offering up to him the best of our accomplishments.” (Easley, 403)

27. Nothing impure will ever enter it,

Nor will anyone who does what is shameful or deceitful,

“First, those who have done what is shameful could also be translated ‘what is abominable.’” (Easley, 403)

“Second, those who have done what is deceitful, that is have worked or spoken lies, are excluded (see v.8, where all liars were sent to the fiery lake).” (Easley, 403)

Is your name in the book of life.