Garden: Why Would God Do A Thing Like That? 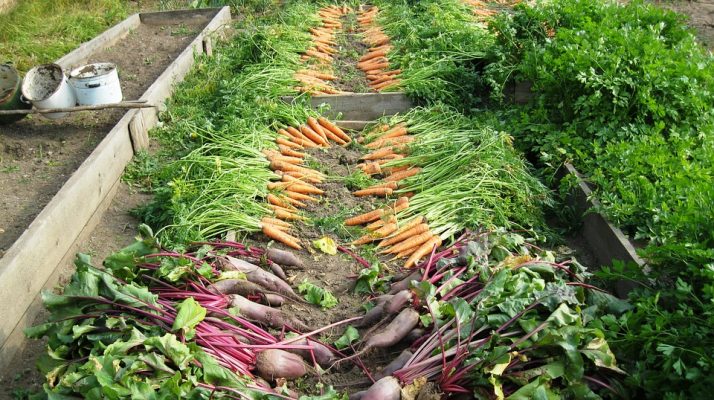 A Garden as a Tithe

How God helped a family during the Great Depression. They had a garden and God used it to his Glory.

A year of deprivation was the year of ’35.
Our parents did the best they could, just so that we’d survive.
Thick cardboard soles were in our shoes, our clothes were handed down;
The Great Depression hit the world; it wasn’t just our town.

Our daddy’s job was not enough to even pay the bills.
His work there on the railroad yard was way beneath his skills.
The summer heat, the winter’s blasts, took such a toll on him
That from our vantage point we felt his future must look dim.

But Daddy was a man of God, a man who loved to pray.
All seven children knelt with him and never missed a day.
There were so many Scripture verses that our daddy knew,
If asked about a verse, he’d quote the ones around it, too.

One day our Mother told him all the bills were overdue;
Unless they paid the mortgage then we’d all be moving, too.
The hardest part for them was that their tithe could not be met,
And this would be the thing that our dear dad would most regret.

They settled on a plan they thought would help in some small way;
They’d donate half their garden to the preacher for his pay.
Dad measured out the garden, half for us and half for God;
We thought it made a lot of sense, but neighbors just guffawed.

Each evening Dad would hoe the weeds, and water each row, too.
This was a pact ‘tween him and God and something he must do.
The plants were thriving, ‘til one day when Dad came home from work,
His neighbor met him and was wearing one big, awful smirk.

“Come look at how God’s half is doing, then look there at yours.
It’s shriveled up and died, and all the while God’s half matures.”
Dad called a family conference and we all agreed to stand
And honor God with food tithes from our garden just as planned.

Each day we picked the veggies from the side that was the Lord’s.
We never thought of making points or getting some rewards.
We carried several bags each night right to the preacher’s door.
He thanked us so profusely that we wished we’d brought some more.

But mom began to worry how she’d feed us kids and dad.
We’d always had a garden but now things were looking bad.
But Daddy kept insisting God had never let us down,
And all this time our garden had dried up and turned quite brown.

Then things began to happen that would prove God loves his own;
At night some friends would bring us things that they themselves had grown.
Without a sound they’d pile the bags right there by our front door.
They brought so many beans and corn they covered up the floor!

The preacher’s garden kept on growing ‘til it was quite clear
They’d have enough to can and feed their family for a year!
And neighbors shared so much with us it made our heads just spin,
For Mother canned 200 quarts, more than there’d ever been.

Dear children of the most high God, when things look black as night
And all the things you’ve planned for seem to disappear from sight.
Stand firm in your belief that God will surely see you through,
For He will part the darkness so His love can shine on you.

© 2008 Mariane Holbrook Mariane is a retired teacher, an author of two books, a musician and artist.