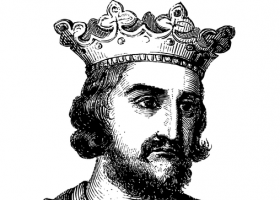 The King, Ahasuerus, was giving a banquet for all his officials. These were the nobles and princes of the provinces in his kingdom.

The anger of the king “toward Vashti, and her subsequent departure, sets the stage for Esther to come forth and deliver her people.” (Breneman, Mervin, The New American Commentary Volume 10; Ezra, Nehemiah, Esther: [Broadman & Holman Publishers, 1993], 303)

“The Book of Esther in one sense is the most remarkable in the Bible, and that is because the name of God is not mentioned in this book at all. There is not even a divine title or pronoun that refers to God.” (McGee, J. Vernon, Thru the Bible: Volume II: [Nashville: Thomas Nelson, 1983], 544)

It is only one of two books in the Bible named for a woman. The other is Ruth.

1. Ahasuerus was the king giving the banquet.

McGee tells us, “The viewpoint that I hold is that Ahasuerus of the Book of Esther is Xerxes the Great of Persia, because he is the one who actually brought the kingdom to its zenith.” (547)

From India even unto Ethiopia

A Feast fit for a King

“The winter residence of the Persian kings, also know as Susa (modern-day Shush in Iran), was one of four capital cities in the empire. The other three included Babylon, Ecbatana, and Persepolis.” (MacArthur, 89)

The palace here “refers to the fortified palace complex built above the city for protection.” (MacArthur, 89)

3. The Feast or Banquet

“’Nobles and officials’ and ‘military leaders’ (NIV) indicate that the elite of the army from all over the empire must have attended.” (Breneman, 304)

Obviously, it was a big feast!

“Verses 1-3 provide the setting of the story of Esther, namely, the Persian court in Susa in the fifth century B.C. The main character, Esther, is not mentioned.” (Breneman, 305)

“This banquet revealed the wealth, the luxury, and the regal character of this oriental court.” (McGee, 547)

5. This is the main event. It only lasted seven days.

“Weeklong feasts were not uncommon in the ancient world. Jewish wedding celebrations, for example, generally went on for a whole week.” (MacArthur, 89)

6. This is a description of the garden, showing all the luxury of it.

7. “By spending time on the nature of the garden and hall, the writer of Esther clearly displayed a sense that in the midst of such ornate beauty and false pretense, true wealth would be discovered in being loyal to God’s will.” (Breneman, 306)

8. No one was forced to drink. If you wanted something to drink it was provided.