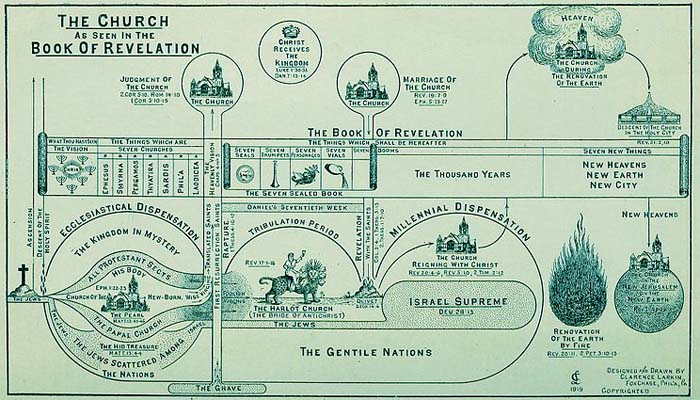 I am a layperson and I do not pretend to interpret the Scriptures.

I would sound like one who does not have the authority (Matthew 7:28-29)

I also suggest you use the Bible you are familiar with and compare.

Your familiarity may help you understand.

Is the Name of the last Book of the Bible plural? Or Singular?

Commonly accepted as written by John the Apostle

1. The Revelation of Jesus Christ

The last book of the Bible tells how it all ends.

Which God gave Him

God chose John to give us the Revelation of Jesus Christ.

To show to His bond-servants

This is you and me folks.

What does slave mean? A slave is owned by another.

Here it refers to a different type of slave—one who served out of love and devotion to his master (MacArthur, 18)
Exodus 21:5-6

Jesus owns those who have accepted him as their Lord and Savior.

Does this put sin in a different light for you?

The things which must soon take place;

Think about it since Jesus was on earth it has only been two days!

God is not concerned about time.

Therefore be on the alert, for you do not know which day your Lord is coming. Matthew 24:42

God sent an angel to deliver His message to John.

2. who testified to the word of God and to the testimony of Jesus Christ, even to all that he saw.

Did you catch this?

John is a witness for the Word of God, but who provides the testimony? Jesus

3. Blessed is he who reads and those who hear the words of the prophecy, and heed the things which are written in it; for the time is near.

• When you read Revelation
• Hear the words of this prophecy
• Keep those things written in it (Easley, 13)

When John wrote his letters and Revelation how were they distributed?

They were handwritten and taken from church to church.

Take away all the modern technology and our printed Bibles:

Just think about listening to a preacher read the Words of the Bible.

In Nehemiah 8 Ezra read from morning until midday.

Think about how long we are willing to listen to someone reading the Bible.

It was the 1400’s before the printing press was invented.

4. John to the seven churches that are in Asia:

They were in what is now Western Turkey

Grace to you and peace

Do not be frightened when studying the Book of Revelation

It brings grace and peace

From Him who is and who was and who is to come,

God, past, present, and future

And from the seven Spirits who are before His throne,

5. From Jesus Christ, the faithful witness.

Who is the faithful witness? Jesus

The firstborn of the dead

There were others who were raised from the dead, including Lazarus.

“I also shall make him My firstborn, The highest of the kings of the earth” (NASB)

That makes Jesus the firstborn of the dead.

And the ruler of the kings of the earth.

Jesus is the King of the world.

Jesus paid for our sins on the cross!

We enter this kingdom when we accept Jesus as our Savior. (Colossians 1:13)

Priests to His God and Father

To Him be the glory and the dominion forever and ever. Amen.

We need to Praise Him.

Titles which are given to Jesus:

1. Faithful Witness
2. Firstborn from the dead
3. Ruler of kings
4. To Him who loved us
5. Washed us from sins with His own blood
6. Made us kings and priests to His God and Father
7. To Him be glory and dominion forever and ever. (McGee, 890)

7. Behold, He is coming with the clouds

This verse records the first prophecy of Revelation.

The return of Jesus:

God was present in the cloud.

Jesus will come on the clouds when He returns (Matthew 24:30)

Every eye will see Him

Even on the other side of the earth.

They who pierced Him.

All the tribes will mourn

NIV translates this as: all peoples on earth

Those who have not accepted Jesus as their Savior (Romans 10:8-10)

The Lord God is speaking:

Alpha and omega are the first and last letters of the Greek alphabet.

We would say the “A and the Z.” The Beginning and the End.