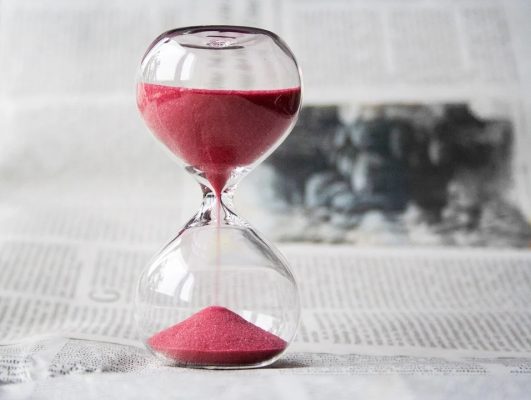 Daniel 12 prophesied about what is going to happen when time ends. The Great Tribulation will occur during this time. It will be a difficult time for the Israelites.

The first four verses conclude the vision Daniel was writing in chapter 10 and 11.

The Great Tribulation will be difficult for the Israelites. They will have trouble as predicated in Deuteronomy 4:30, that tribulation would come in the latter days.

1. Michael, an Angel will be defending the children of Israel when the trouble comes as never before; at that time thy people shall be delivered, every one that shall be found written in the book.

“Notice that apostates and unbelievers are excluded from this deliverance; only those whose names are written in the book will greet the Messiah when he returns.” (Gangel, Kenneth O. Holman Old Testament Commentary. [Nashville: B&H Publishing Group, 2001], 321)

Zechariah 13:8 tells us that “two parts therein shall be cut off and die; but the third shall be left therein.” One might want to read the complete chapter.

When Time Ends Dead Will Arise

2. Many of those who are dead will arise. Only some of the dead will go to heaven.

I liked what Walvoord says about the meaning of “many of those who are dead.”

Going back to Daniel 3:17-18 where Shadrach, Meshach, and Abednego told Nebuchadnezzar “Our God whom we serve is able to deliver us from the burning fiery furnace, and he will deliver us out of thine hand, O king”, he tells us that “some believers during the tribulation period will, like Daniel and his three friends, be delivered from death. But all who remain faithful will eventually be delivered through death by means of God’s promised resurrection.” (Walvoord, John F. Daniel. [Chicago: Moody Publishers, 2012], 374)

Believing in Jesus means that we will be with Him after the resurrection.

3. “God’s servants in the dark days of the Great Tribulation will shine as lights. Believers are to do the same thing today.” (McGee, J. Vernon, Thru the Bible: Volume III: [Nashville: Thomas Nelson, 1983], 604)

4. Daniel was told to stop writing the prophecy!

“The idea was not to conceal the book’s contents but to preserve the contents until the time for their fulfillment.” (Phillips, John. Exploring the Book of Daniel: An Expository Commentary. [Grand Rapids: Kregel Publications, 2004], 217)

Regarding the second part of the verse Walvoord states that the verse “is difficult to translate, and commentators have not agreed as to its precise meaning. In the context, the search for knowledge seems to be the main idea.” (376)

This is the end of the vision which began in chapter 10.

5. Daniel saw two of God’s messengers on each side of the river.

6. One asked the other (clothed in linen), “How long shall it be to the end of these wonders?”

How long will all this last until time ends?

7. The man clothed in linen lifted his hands and said, “it shall be for a time, times, and an half.”

Time, time and half a time refers to the last half of the seven years of the Great Tribulation.

What does the final portion of this verse mean?

According to Gangel, “Comparison of this brief statement with Zechariah (12:7-10; 13:8-9) shows us that God needs to break the Jews until they are willing to accept the Messiah.” (324)

I Do Not Understand

8. Daniel did not understand and asked for additional information.

Have you ever said, “I do not understand?”

“All who find difficulty in interpreting prophecy should be encouraged by Daniels honest statement.” (Gangel, 324)

b. verse 10. — “what. This statement is God’s gauntlet, flung down before unbelieving theologians who have no understanding whatsoever of the book of Daniel.” (Phillips, 221)

Note that the wise shall understand.

13. Daniel will die but will rise again at the end of the age.