Revelation 13 Beast from the Sea 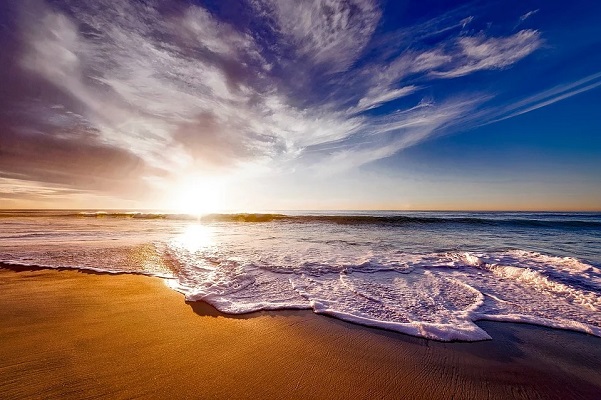 Beast from the Sea

And the dragon stood on the sand of the seashore.

“The first sentence of this chapter belongs as the last sentence of chapter 12, since it concludes the account of the dragon (Satan; cf. 12:9) and his war against God and His people.” (MacArthur, John. New Testament Commentary: Revelation 12-22. [Chicago: Moody Publishers, 2000], 41)

Why did the beast come out of the sea? Because the sea “held terrors for ancient people and storms at sea easily symbolized evil (see Jonah 1).” (Easley, Kendell H., Holman New Testament Commentary: Revelation. [Nashville: B&H, 1998], 226)

This beast was going to terrorize the people in the world.

Also note that the dragon is standing on the sand of the seashore.

This is Satan who is bringing “the wild Beast out of the sea and dominates him. (McGee, 997)

God is giving Satan a chance to rule the world.

McGee tells us that this “Beast is the Man of Sin and Antichrist, the final world dictator.” (997) 2 Thessalonians 2:4

The Christians in John’s day associated this with the Roman Empire. (Easley, 227)

2. And the beast which I saw was like a leopard, and his feet were like those of a bear, and his mouth like the mouth of a lion.

The leopard, bear, and lion “emphasize the characteristics of the nations they represent.” (MacArthur, 44)

The Antichrist’s empire “will incorporate all the ferocity, viciousness, swiftness and strength of the other world empires.” (MacArthur, 44)

The dragon (Satan) gave him (Antichrist) his power and his throne and great authority.

The Antichrist is under the control of Satan.

3. One of the heads on the beast has been slain by a fatal wound and was healed.

The commentaries I am using all agree this must be the Antichrist.

Remembering that this was only one head, is it possible that this creature died and was resurrected?

There is agreement that this was a fake death and resurrection.

I like the way Easley put it: “The healing of the monster [Antichrist] is far different and less important than the resurrection of the Lamb. The monster will eventually face defeat; the resurrected Lamb is victorious for eternity.” (227)

The whole earth was amazed and followed after the beast;

Who are you following?

4. They worshiped the dragon

The worlds people will turn to worshipping Satan.

Speaking of the Antichrist we read in 2 Thessalonians 4 “he takes his seat in the temple of God, displaying himself as being God.”

Since Satan gave his authority to the beast he is being worshiped.

McGee tells us that the people are saying, “Look, we are worshiping something more wonderful than the God of the Bible!” (999)

The beast is saying to the people, “Who is like the beast, and who is able to wage war with him?”

MacArthur says, “in the political, military, and religious realms, Antichrist will reign supreme and unchallenged by earth and hell.” (47)

5. Where did Satan get what was given to him?

God is still in control. God gave him a mouth.

The Amplified Bible translates this as and the beast was given a mouth (the power of speech), uttering great things and arrogant and blasphemous words.

Many people are great orators. They can persuade many to believe what they say.

Here the Antichrist is doing just that!

Authority to act for forty-two months was given to him.

“The only good news here is that Antichrist will be reigning like this for only forty-two months, or three and one-half years.” (McGee, 1001)

6. The Antichrist opened the mouth that God gave him and spoke blasphemies against God.

“So hardened will sinners’ hearts be at that time that God’s judgment will elicit not repentance, but more blasphemy.” (MacArthur, 48)

The Antichrist will blaspheme His name and His tabernacle, that is, those who dwell in heaven

The Antichrist will blaspheme God’s name and God’s tabernacle which includes the “redeemed saints and the holy angels.” (MacArthur, 44)

7. God allowed Antichrist to make war with the saints and to overcome them.

Saints here means believers who have accepted Jesus as their Savior.

He will overcome them through war.

Also, authority over every tribe and people and tongue and nation was given to him.

This “does not mean that he will have the power to destroy their faith.

He will overcome them physically, but not spiritually.” (MacArthur, 49)

Those who have truly accepted Jesus as their savior will be with Jesus when they die.

8. All who dwell on the earth.

“The phrase all who dwell on the earth is used throughout Revelation to describe unbelievers and does not include everyone who will be alive at that time.” (MacArthur, 49)

The unbelievers will worship him.

This includes everyone whose name has not been [a]written from the foundation of the world in the book of life of the Lamb who has been slain.

a. Or written in the book…slain from the foundation of the world

2 Thessalonians 2:10 tells us this is because they did not receive the love of the truth so as to be saved.

Their names have not been written in the book of life of the Lamb.

Is your name written in the book of life?

Do you want it written there?

This phrase “is used sixteen times in the New Testament to emphasize a particularly important truth.” (MacArthur, 51)

In Revelation it was used in chapters 2 and 3 discussing the seven churches.

In those chapters “what the Spirit says to the churches” follows it.

“The omission of that phrase suggests that the church is not in view in this passage, having been raptured before the start of the Tribulation (cf. 3:10).” (MacArthur, 51)

10. If anyone is destined for captivity, to captivity he goes; if anyone kills with the sword, with the sword he must be killed. Here is the perseverance and the faith of the saints.

Compare Jeremiah 15:2 when God was using the Babylonians to punish Judah.

God is telling the redeemed saints going through the Great Tribulation “to bear with patience and faith the awful trials that will be coming even upon God’s children.” (McGee, 1002)

“God controls the future and believers belong to Him.” (MacArthur, 51)