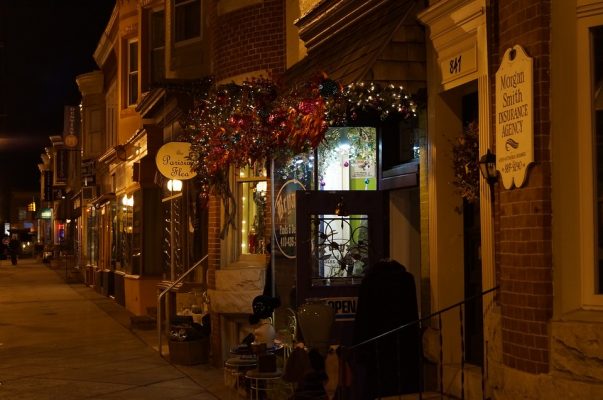 Revelation 18 describes that Babylon has been thrown down, never to be found again. Music on the earth will cease. Light in a home will shine no longer. Business will no longer exist.

21 Then a mighty angel

With such violence
the great city of Babylon will be thrown down,
never to be found again.

“Like a stone that makes a big splash and then disappears beneath the waves will Babylon come to an end.” (McGee, J. Vernon, Thru the Bible: Volume V: [Nashville: Thomas Nelson, 1983], 1042)

22 The music of harpists and musicians, pipers and trumpeters,
will never be heard in you again.

“These verses give more particulars about what will be lost forever.” (Easley, 336)

Those who play instruments and those who sing will not be heard from again, except in heaven.

No worker of any trade
will ever be found in you again.

Have you ever participated in a strike? I have. Did not like it!

Here we are told workers will not be found again.

The sound of a millstone
will never be heard in you again.

“Every ancient home ground its own grain with a handheld millstone.” (Easley, 336)

23 The light of a lamp
will never shine in you again.

“Nothing more surely indicates home life than the friendly light of a lamp at night. Babylon is now dark, a place fit not for homes but for evil creatures of the night (v2)” (Easley, 336) [see also Fall of Babylon)

The voice of bridegroom and bride
will never be heard in you again.

“Three final reasons are given for Babylon’s judgment.” (MacArthur, 191)

Your merchants were the world’s important people.

They used “their wealth to ascend to positions of power, prominence, and influence.” But “the abuse of the proud, arrogant rich are well documented in Scripture.” (MacArthur, 191)

By your magic spell all the nations were led astray.

“Babylon’s hold on the world will not be entirely due to her military and economic power, but also to her occult influence.” (MacArthur, 191)

This is Babylon’s “murderous slaughter of God’s people.” (MacArthur, 191)

of all who have been slaughtered on the earth.”

Babylon is responsible for the death of the prophets, God’s holy people and those who have been slaughtered on the earth.