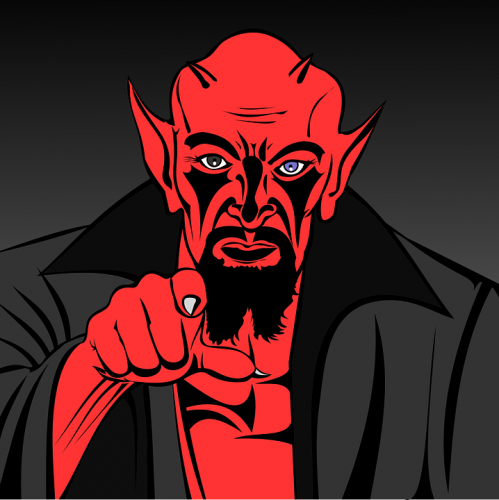 In Revelation 20 the devil, Satan, is grabbed by an angel and bound him with a great chain. Satan is bound for a thousand years.

1. Then I saw an angel coming down from heaven,

John sees another angel, this time the angel is coming from heaven.

Holding the key of the abyss

“The key given to the angel by God signifies his delegated authority (cf. 9:1) he has the power to open the abyss, and then to shut it after casting Satan inside.” (MacArthur, 235)

Great chain in his hand.

Nothing else would hold Satan.

2. And he laid hold of the dragon.

Satan is identified by four titles:

The dragon.
“It emphasizes his bestial nature, ferociousness, and oppressive cruelty.”

The serpent of old
This “hearkens back to the Garden of Eden and Satan’s temptation of Eve (Genesis 3:1-6; 2 Corinthians 11:3).”

Who is the devil and Satan,

“Satanas (Satan) and its Hebrew root satan are used fifty-three times in Scripture.”

“Both words mean ‘adversary,’ since Satan opposes God, Christ, and all believers.” (MacArthur, 235)

And bound him for a thousand years;

He will be in prison.

3. And he threw him into the abyss

He will be held in the abyss for a thousand years.

The angel shut it and sealed it over him.

So that he would not deceive the nations any longer

He will not be able to beguile anyone.

Until the thousand years were completed

Satan will be in the abyss until the time is finished.

Then he must be released for a short time.

He will wreak havoc upon the world again.

4. Then I saw thrones

The thrones symbolized “both judicial and regal authority.” (MacArthur, 237)

And God’s people sat on them, and judgment was given to them.

“The glorified saints will both enforce God’s will and adjudicate disputes.” (MacArthur, 237)

“John is vague about who these people were, who they judged, and what the resulting verdicts were.“ (Easley, Kendell H., Holman New Testament Commentary: Revelation. [Nashville: B&H, 1998], 371)

Easley said, “the information here is insufficient for a conclusion.” (373)

I saw the souls of those who had been beheaded.

About the “souls” Easley tells us that “some interpreters have puzzled how John can see ‘souls’ rather than bodies, but in a vision that is no problem.” (372)

5. The rest of the dead did not come to life until the thousand years were completed.

“These are the unbelieving dead of all ages, whose resurrection to judgment and damnation is described in verses 11-15. “ (Macarthur, 238)

6. Blessed and holy is the one who has a part in the first resurrection.

“Those who have a part in the first resurrection are blessed first of all because the second death has no power over them.” (Macarthur, 238)

If you are a true believer, you will not have to worry about eternal hell.

Again, those in the first resurrection will reign with Him for a thousand years

7. When the thousand years are completed,

Satan has been bound for a thousand years.

Now that the thousand years are completed.

Satan will be released from his prison,

“Though the initial inhabitants of the millennial kingdom will all be redeemed, they will still possess a sinful human nature. And as all parents have done since the Fall, they will pass that sin nature on to their offspring.” (MacArthur, 239)

8. Satan will come out to deceive the nations.

And deceive them he will.

“The nations of the earth again will come under the spell of Satan and will plot a rebellion.” (McGee, 1058)

“Despite the personal rule of Christ on earth, despite the most moral society the world will ever know, many others will love their sin and reject Him (cf. Romans 8:7). (MacArthur, 240)

The nations are in the four corners of the earth.

This is not identified with the Gog and Magog in Ezekiel 38-39. McGee states “this is not possible at all, for the conflicts described are not parallel as to time, place or participants—only the names are the same.” (1058)

“The term is used in this passage to describe the sinful rebels from all the nations who will gather together for the final war in human history.” (MacArthur, 241)

The number of them is like the sand of the seashore.

9. And they came up on the broad plain of the earth.

“The earth’s topography will have been drastically reshaped by the catastrophic events of the Tribulation (cf. 16:20; Zechariah 14:4-11). This will allow the rebel forces to come up on the broad plain of the earth and surround the camp of the saints and the beloved city.“ (MacArthur, 242)

Fire came down from heaven and devoured them.

This totally destroyed them.

10. And the devil who deceived them was thrown into the lake of fire and brimstone.

“At last and forever, the devil’s deceptions will come to an end.” (Easley, 379)

Where the beast and the false prophet are also.

They will still be there.

And they will be tormented day and night forever and ever.

This will go on for day and night and will last forever and ever.

I do not want to be tormented day and night forever and ever.

You may have noted that I have not mentioned the “millennialism’s.

All three commentators listed below do go into more detail about them. 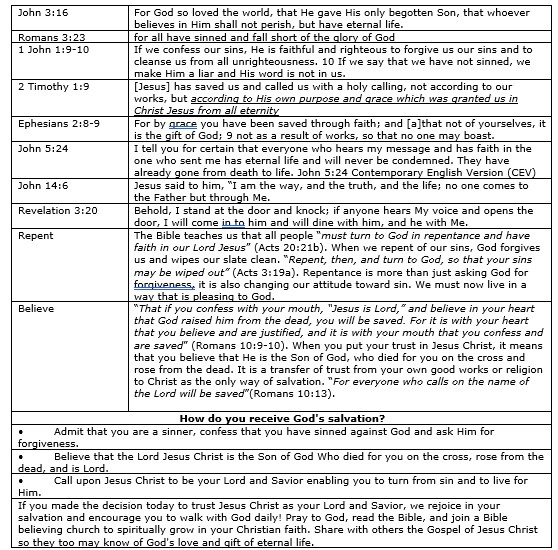