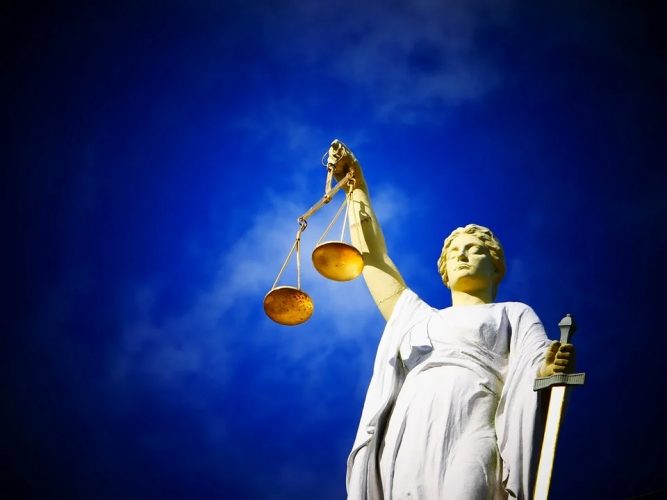 In Revelation 20 the Great White Throne where God sits is now occupied by Jesus. This tells what will happen during the last days of the earth.

11. And I saw a great white throne and Him who was seated upon it

“This passage describes the final sentencing of the lost and is the most serious, sobering, and tragic passage in the entire Bible. Commonly known as the Great White Throne Judgment, it is the last courtroom scene that will ever take place.” (MacArthur, John. New Testament Commentary: Revelation 12-22. [Chicago: Moody Publishers, 2000], 245)

MacArthur tells us that the “white symbolizes its purity, holiness, and justice.” (247)

Him who was seated upon it

“Christ as the Judge is so unimaginably great that earth and sky (literally, ‘heaven’) fled from his presence, and there was no place for them.” [NIV] (Easley, 379)

[for this heaven and earth are passing away].

“Not only will the Christian martyrs live again, but so will everyone else who ever lived.” (Easley, 379)

“The dead pictured here standing before the throne of divine judgment are not just from the millennial rebellion, but include all the unbelievers who ever lived.” (MacArthur, 250)

“The Bible teaches that no believer will ever face God’s judgment, because ‘there is now no condemnation for those who are in Christ Jesus’ (Romans 8:1)” (MacArthur, 251)

“These are books which record the works of all individuals. God keeps the tapes, and He will play them at the right time.” (McGee, 1061)

I think this will be a video of our lives. God will show it to us at the appropriate time.

The dead were judged according to what they had done as written in the books [that is, everything done while on earth].

“The Great White Throne judgment is the judgment of the lost. Multitudes want to be judged according to their works. This is their opportunity. The judgment is just, but no one is saved by works.” (McGee, 1061)

Then another book was opened, which is the Book of Life

“The only names written is this book were those who were saved by faith.” (Easley, 380)

13. And the sea gave up the dead who were in it

Ever wonder about those who have died at sea?

“Multitudes who have gone to a watery grave in which the chemicals of their bodies have been dissolved in the waters of the sea will be raised. God will have no problem with this…He just has to put them together again.” (McGee, 1061)

Death and Hades (the realm of the dead)

“Hades is the Greek equivalent of the Hebrew word sheol.

Sheol…describes the realm of the dead in general.

Hades is…always in reference to the place of punishment. (cf. Luke 16:23) where the unrighteous dead are kept pending their sentencing to hell.” (MacArthur, 252)

Then they surrendered the dead who were in them;

“Since their names were not in the book of life, the prisoners before the Great White Throne were judged and sentenced, every one according to their deeds.” (MacArthur, 255)

“Those who refuse to plead guilty to their sins in this world, repent, and ask God for a pardon based on the substitutionary work of Christ will face trail after they die. And on that day, they will be pronounced guilty.” (MacArthur, 255)

14. Then death and Hades [the realm of the dead]

This appears to be repeating verse 13 about death and Hades but with an addition.

Both were thrown into the lake of fire.

“After they have been relieved of all the corpses they were holding, they will themselves finally be destroyed.” (Easley, 380)

This is the second death, the lake of fire [the eternal separation from God].

“Those who die in their sins in this present world of time and space will die a second death in eternity—they will be sentenced to the lake of fire forever.” (MacArthur, 256)

15. And if anyone’s name was not found [a]written in the Book of Life, he was hurled into the lake of fire.

a. Since everyone who goes before the great white throne is to be tried and sentenced for his deeds, and no one is sinless, the only way to escape condemnation and the “lake of fire” is to have one’s name in the “Book of Life” through authentic faith in Jesus as Lord (see Psalm 69:28;     Philippians 4:3;     Revelation 3:5).

“If man will not accept the life of God, he must accept the only other alternative: eternal association with Satan…The second death means eternal and absolute separation from God.” (McGee, 1062)