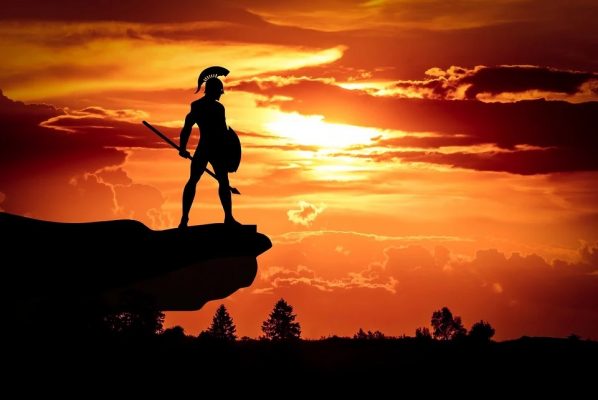 Daniel 11:21-35 we learn what will happen when Antiochus Epiphanes gains power. He was a wicked ruler and a prelude to the Antichrist.

21. Antiochus Epiphanes is was a vile person. The NIV translates “flatteries” with intrigue.

He desecrated the temple, the altar and persecuted the people of Israel. (Walvoord, 340)

22. The Egyptian army was defeated near Pelusium.

The Egyptians tried and failed “to recover the territory previously lost to Syria. The campaign was a disaster. His forces were swept away as by a flood, as the text states.” (Phillips, John. Exploring the Book of Daniel: An Expository Commentary. [Grand Rapids: Kregel Publications, 2004], 201)

All the commentaries listed below suggest the prince of the covenant is the Jewish High Priest, Onias III. He was killed by the forces of Antiochus Epiphanes.

24. He was peaceful if it benefitted him.

Antiochus Epiphanes did not hold back when it was to his benefit!

He attacked what he wanted to attack.

“Even for a time shows that God had already drawn the line beyond which this treacherous man would not be allowed to go.” (Phillips, 202)

25. The king of the south was Ptolemy.

26. Some of Ptolemy’s men betrayed him.

27. “‘They shall speak lies at one table’ refers to the fact that he [Antiochus Epiphanes] was an unreliable liar.” (McGee, 589)

28. His heart shall be against the holy covenant means Antiochus Epiphanes was against Jerusalem.

This time the result will be different.

30. Roman ships were waiting for him.

Some of the Jews sided with Antiochus Epiphanes.

“He broke his covenant with Israel; but notice that some of the Jews betrayed their own people—‘he shall even return, and have intelligence with them that forsake the holy covenant.’” (McGee, 599)

Read more about it in 1 and 2 Maccabees.

31. “Antiochus came against Jerusalem in 170 B. C., at which time over one hundred thousand Jews were slain! He took away the daily sacrifice from the temple, offered the blood and broth of a swine upon the altar, and set up an image of Jupiter to be worshiped in the holy place of the temple of God. This was an ‘abomination that maketh desolate.’” (McGee, 599)

32. “Some people in that unhappy land knew their God…They braved the storm, defied the wicked king and his decrees, and dared to endure all of the consequences to be true to Jehovah.” (Phillips, 207)

McGee states that “God raised up the family of the Maccabees.” (599)

If you are interested in this, then research the Maccabees.

33. Some will listen to the wise ones.

Yet, some will be killed. Persecution is a better word for it.

34. A little help will come. But some are just trying to save their own lives.

35. Some will be purged. They will be purified to serve as God’s servants.

“Even when the persecution was at its height, God was still on the throne, still sovereign over the nations. He had already set a time limit to it all. Not even Antiochus Epiphanes could go one step or one moment beyond the line that God had drawn.” (Phillips, 207)