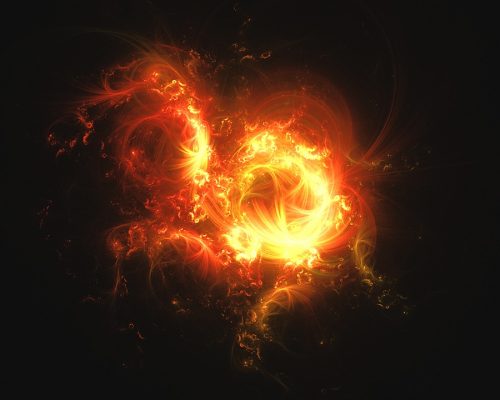 Daniel 11:36-45 tells us about the future with the coming of the Antichrist. In 2 Thessalonians 2:3 he is called the Man of Sin and the Son of Perdition.

36. The Antichrist is showing his pride.

“There can be little doubt that this one, who is bluntly labeled ‘the king,’ is the Antichrist.” (Phillips, John. Exploring the Book of Daniel: An Expository Commentary. [Grand Rapids: Kregel Publications, 2004], 208)

“The text passes from a vile person to a vicious character, moving over a bridge of unmeasured time. Antiochus Epiphanes was certainly a contemptible person, but he could not measure to the king described in verses 36-39.” (McGee, J. Vernon, Thru the Bible: Volume III: [Nashville: Thomas Nelson, 1983], 599)

37. “It has been assumed from this statement that Antichrist would have to be an Israelite. However, this statement could refer to a Protestant, a Roman Catholic, or a heathen. Wherever he comes from, he will not regard the God of his fathers.” (McGee, 600)

“He breaks any kind of alliance with all previous religious tradition in order to set up his own. Daniel used Elohim here and in the context either Antiochus Epiphanes or Antichrist, there seems to be no reason to place any ethnic boundary on the passage.” [the verse] (Gangel, Kenneth O. Holman Old Testament Commentary. [Nashville: B&H Publishing Group, 2001], 306)

Nor the desire of women [KJV] is translated in ESV as to the one beloved by women.

“The Lord Jesus Christ is here in view. The word ‘beloved’ is the same construct form in Hebrew (hemdat) as in Haggai 2:7 and 1 Samuel 9:20, indicating that the noun following ‘beloved’ is subjective not objective; hence it means ‘beloved by women,’ not a desire for women.” Walvoord, John F. Daniel. [Chicago: Moody Publishers, 2012], 352)

38. “He is Satan’s masterpiece, a human being who is Satan’s substitute for Jesus Christ, hence properly identified as the Antichrist.” (Walvoord, 353)

39. No country in the world will be able to defeat the Antichrist.

All nations will succumb to him.

“Those who support him will be rewarded with wealth, honor, position, and subordinate power.” (Phillips, 211)

“His world government will be assailed by the catastrophic judgments from God portrayed in Revelation 6 – 18, and the inherent difficulties of ruling the entire globe come to their fruition in a final world war of which the closing portion of Daniel 11 furnishes a description.” (Walvoord, 354)

Gangel tells us that the war will be “somewhere in the Middle East.” The implements of war that will be used are the best that could be expressed at the time of this writing by Daniel. (307)

Walvoord suggests that the king of the south may be joined by forces from Africa. (355)

Although some believe that Russia joins the king of the north, I could not find any thing definite. Others give different reasons that Russia is not apart of this battle.

41. I had always thought that the entire world would be controlled by the Antichrist.

This verse tells us that these shall escape out of his hand, even Edom, and Moab, and the chief of the children of Ammon.

This “is the territory where the sons of Ishmael, the Arabs, are today.” (McGee, 602)

“It’s useless to speculate on why Edom, Moab, and Ammon are spared; the angel predicted it because that is precisely what will happen in God’s plan.” (Gangel, 308)

Egypt Will Not Escape

42. “Finally, he will ready Egypt, where he will deal summarily with the king of the south.” (Phillips, 213)

43. He will take the precious metals from Egypt.

44. It is time for Asia to deploy to Armageddon.

Is this the time that the bowl of the angel in Revelation 16:12 dries up the Euphrates River?

45. It is here where the Antichrist will meet his demise.

“He will be destroyed by the personal return of the Lord Jesus Christ (Revelation 19:17-20). Evil will have taken over, and only in the personal coming of Christ to establish His kingdom will any on this earth be delivered and saved.” (McGee, 602)