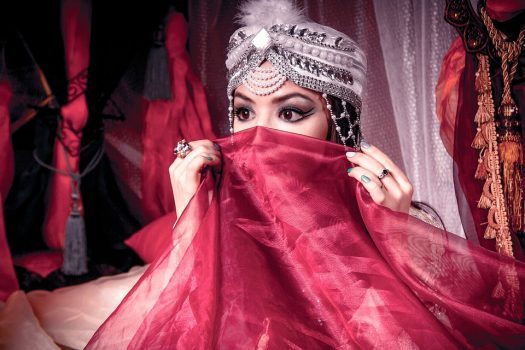 The search for a new queen has begun. They are searching for beautiful young virgins to become the queen. Who will become the new queen?

1. The King’s anger had diminished.

He remembered Vashti and his decree about her, banning her from coming to the king again. (See 1:19)

2. Let a search for a replacement begin.

It was the King’s servants who noticed that something had to be done for the king.

Let there be fair young virgins sought for the king

“Search for the most beautiful virgins in the kingdom and let the king choose a new queen.” (Breneman, Mervin, The New American Commentary, Volume 10 Ezra, Nehemiah, Esther: [Broadman & Holman Publishers, 1993], 313)

“Persian kings had the right to claim a young woman as an addition to his harem, which amounted to a collection of concubines. It was customary for such women to undergo a full year of special beauty treatments, training, and purification rites prior to becoming part of the king’s harem.” (MacArthur, John. Daniel & Esther: Israel in Exile: [Nashville: Nelson Books, 2016], 100)

3. Their suggestion was for the king to appoint officials from all the provinces of his kingdom.

Take them to Shushan the palace, to the house of the women.

They would be placed in the custody of Hege the king’s chamberlain for the beauty treatments they were to receive.

4. The one who pleased the King would become Queen.

When we are not in God’s will, “He will overrule through these (different) events. God’s overruling power is one of the important lessons in this little Book of Esther.” (McGee, 552)

“Esther’s cousin Mordecai was among the fourth generation of deported Jews to Babylon. It appears that he was descended directly from Kish, the father of King Saul, of the tribe of Benjamin.” (MacArthur, 101)

“‘A Jew . . . named Mordecai’ is the author’s first mention of the Jewish people. It is interesting that the Jews are spoken of in the third person.” (Breneman, 315)

6. Mordecai was a descendant of one of the captives when Nebuchadnezzar defeated Jerusalem.

7. Esther was Mordecai’s niece. When her parents had died, he adopted her.

“‘Hadassah’ means ‘myrtle.’ The name ‘Esther’ means ‘star’ and is derived from the same root as the name of the goddess Ishtar.” (Breneman, 315)

“We are not told whether the girls were given a choice, but we may assume they were not.” (Breneman, 316)

“On the surface Esther and Mordecai might have viewed this as a bad situation, but the Lord’s hand was guiding them, and we will soon see this was all part of His sovereign plan.” (MacArthur, 101)

9. “We can see God taking command of the situation. Esther was brought to the king’s house. She pleased Hegai, the keeper of the women. She obtained kindness from him, and he gave her everything she needed to help make her even more beautiful.” (McGee, 553)

“Esther would not have obtained favor from Hegai if she had exhibited an unwilling or resentful attitude toward her situation. She, like Daniel, trusted that the Lord was always in control and always working in her midst, and she submitted herself under His hand.” (MacArthur, 101)

10. “There was strong anti-Semitic sentiment in the city that led Mordecai to feel safer if Esther’s Jewish heritage were not known.” (MacArthur, 102)

“Esther refrained from revealing she was a Jew simply because Mordecai instructed her to do so.” (MacArthur, 102)

11. Caring parents check on their children!

“His constant concern for his cousin’s safety and welfare was amply demonstrated by the fact that he made himself available to receive news on a daily basis.” (MacArthur, 102)

12-14. “Verses 12-14 indicate the process used to present the girls to the king. Apparently most of the girls spent only one night with the king. They moved on to the house of Shaashgaz, where they were concubines.” (Breneman, 317)

Appearing to the King

15. Taking nothing with her except what Hegai told her to take “is another indication that Esther held a deep respect for the wisdom of those in authority over her. Her willing submission and readiness to accept advice in turn brought her the respect of others.” (MacArthur, 102)

16. “The month of Tebeth: The tenth month corresponding to December/January. By this time, four years had elapsed since Vashti’s fall from favor.” ( MacArthur, 102)

17. “The King loved Esther: The world would see this as mere change—the function of the human heart alone—but in reality the Lord was fully in control.” ( MacArthur, 102) Proverbs 21:1

The King set the royal crown upon her head, and made her queen instead of Vashti

“Such beauty can only be made manifest through the presence of God.” (Breneman, 319)

18. This feast could be called a holiday.

“Throughout the narrative of chap. 2, the hand of God is understood to be the force behind the development of the story…the course of events was understandably at the direction of a power larger than this story.” (Breneman, 319)

“As Joseph was introduced to the court of Pharaoh and Daniel to the court of Nebuchadnezzar, Esther came to the court for a similar purpose. Joseph’s leadership meant food for his famine-stricken family and their eventual prosperity. Daniel’s leadership led to a new status of acceptance of Jews in Babylonia. Esther’s leadership would yield similar results. The common element in all three is that God who brought about these results.” (Breneman, 319)