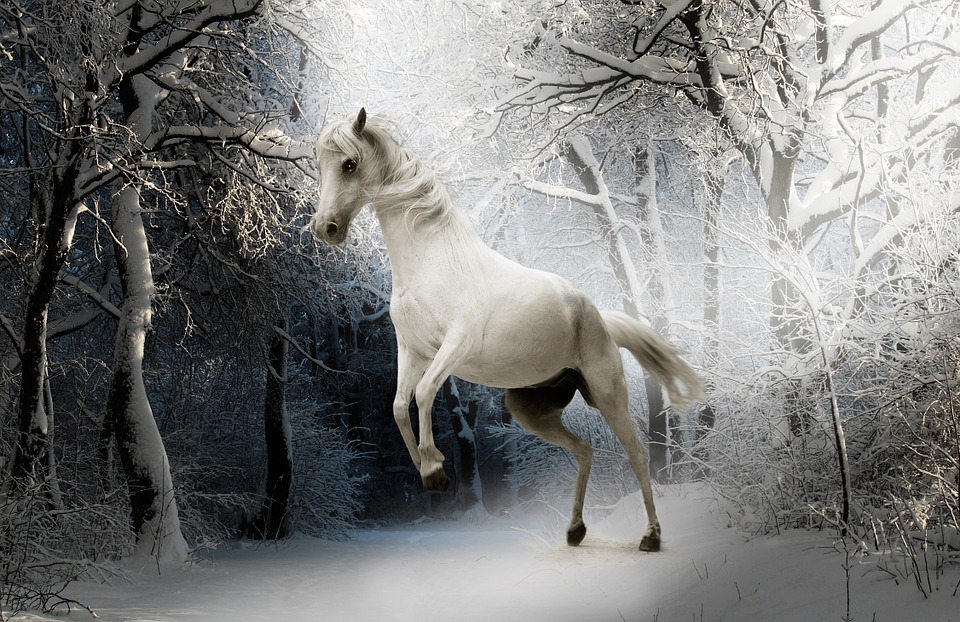 This is about a waitress who worked with Horses. She was serving a table and the conversation turned to horses in Heaven.

This was the last Sunday of my three months tenure as the church’s interim pastor; the new pastor would be arriving with the New Year. At the board’s request, our hostess had taken my wife, Maria, and me to dinner.

The food was excellent; the service was courteous and efficient. At the meal’s conclusion, the hostess handed the waitress a church check, adding a generous tip to the amount of the bill. We were engaged in conversation over coffee when the waitress again approached, lingering as though reluctant to leave. We complimented her on her service and she immediately engaged us in conversation.

She was only a part-time waitress, she informed us. For some thirty years, her main vocation was training racehorses. We listened attentively as she recounted her experiences. Amiably, she told of a special race one of her horses had won, described foaling procedures, the patience required to make a horse profitable, and the terrible sense of loss felt when an animal had to be put down. It all was very interesting; it was apparent the woman knew and loved horses.

During her account, I could sense my companions praying with me for an opening to witness her. The waitress knew we were affiliated with a church; the church name on the check was visibly noticeable. Obviously, she had not randomly selected us for conversation. She was interested in more than horses. But, I wondered, how could we make a transition from horses to Christ?

Finally, deciding to risk sounding flippant, I yielded to an urge to ask if she knew there were horses in heaven. Jesus would be returning to earth riding a white horse, I added. His armies would be with Him, also mounted on horses.

She hoped it would be soon; no one else had the solution to earth’s problems. When asked if she was ready for Christ’s return, she hesitated. She sometimes attended services with her fiancée at the local veteran’s hospital, she informed us.

Without hesitation, she permitted us to pray with her. In full view of other diners and her coworkers, without evident embarrassment, she joined hands with us and bowed her head. The enveloping presence of the Holy Spirit was gentle as our hostess prayed, asking the Lord to reveal Himself to the horse trainer and redeem her.

Invited to visit the church, the woman seemed receptive, mentioning that she had watched with interest the erection of the church’s new sanctuary. She owned a Bible and, after promising to read the Gospel of John and the book of Acts, she returned to her duties.

THERE ARE HORSES IN HEAVEN! What a childlike statement. In our quest for profundity, we tend to relegate such simple themes to the realm of allegory. We feel foolish conferring on them a serious voice. But, with infinite unpretentiousness, God anoints simplicity to seed His Word in receptive hearts. Heaven’s horses opened a wedge for the Gospel, focusing a horse trainer’s attention on Christ, the greatest Equestrian of all!
-30-
© Josprel (Joseph Perrello)

Josprel’s biography for the article was:

Many of Josprel’s articles appear online and in print. His story “Horses in Heaven” first was published by his denomination’s official magazine, and later reprinted by those of other denominations. Home missionaries to the racetrack industry also requested and received permission to publish “Horses in Heaven” in their racetrack publication. Josprel is the author of two novels in progress, “Beloved Apostate” and “Kanfal.”