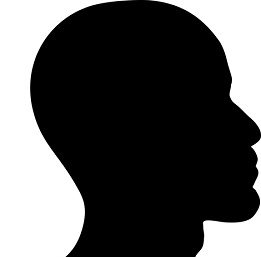 Haman is an Agagite. God had commanded Saul to destroy them about 500 years before Esther. Saul did not obey God and was removed as King of Israel.

1. King Ahasuerus promoted Haman and set his seat above all the princes that were with him.

Read 1 Samuel 15 to learn more about Saul and his disobedience.

In Esther 2:5 we learned that Mordecai was a descendent of the tribe of Benjamin.

Mordecai not Bow to Haman

2. “Haman, as grand vizier, was second only to the king; so the king commanded that the officials bow down to him.” (Breneman, Mervin, The New American Commentary, Volume 10 Ezra, Nehemiah, Esther: [Broadman & Holman Publishers, 1993], 326)

But Mordecai bowed not, nor did him reverence.

Mordecai refused to bow down to Haman.

3.The king’s servants who were at the gate questioned Mordecai.

Hey, why don’t you follow the kings command and bow down?

4. Mordecai told them he was a Jew.

The servants told Haman about Mordecai refusal to bow down.

“The wrath of men is a recurring theme in these studies, and once again we see that it does not lead toward God’s righteousness.” (MacArthur, John. Daniel & Esther: Israel in Exile: [Nashville: Nelson Books, 2016], 113)

6. Haman “is going to try and destroy all the Jews that live in the kingdom of Ahasuerus.” (McGee, 558)

7. Haman cast a lot to determine when the Jews should be destroyed.

The lot fell on the twelfth month, that is, the month Adar.

8. “Haman brought it to the attention of Xerxes that there were some people living in his kingdom who were different…They were a people who should be exterminated.” (McGee, 559)

“Haman used a mixture of truth, error and exaggeration to convince the king.” (Breneman, 330)

Have you ever exaggerated something? This is what Haman did.

9. If it please the king, let it be written that they may be destroyed.

Haman was not trying to just get rid of Mordecai but all the Jews in Persia.

And I will pay

He was going to pay for it out of what was taken from the Jews who were killed.

10. “Xerxes took a ring off his finger and gave it to Haman. It was his signet ring. The signet on the ring was pressed down in the soft wax and that became the signature of the king. An order that had that signet stamped on it became the law of the kingdom.” (McGee, 559)

11. The silver is given to thee

“Was the king simply being polite, or did he not expect Haman to take the money? In 7:4 Esther assumed a payment was involved, for she said her people had ‘been sold.’” (Breneman, 330)

The people also, to do with them as it seemeth good to thee.

“Haman’s hatred of the Jews amounted to a national prejudice that had been nursed for hundreds of years.” (MacArthur, 114)

12. Then were the king’s scribes called on the thirteenth day of the first month.

Noting that this was the thirteenth of the month Breneman tells us that on “the fourteenth day was the first day of Passover, the celebration of deliverance from Egypt. The irony is unmistakable. The day before celebrating freedom from Egyptian oppression, a decree had been made for their very destruction.” (331)

According to MacArthur the thirteenth of the month was calculated by historians “to be April 7, 474 BC.” (114)

13. The thirteenth day of the twelfth month, which is the month Adar

“Historians have calculated this date to be March 7, 473 BC. It was an ambitious plot on Haman’s part to annihilate all the Jews in just one day, but he allowed a full year for the people to prepare for their day of slaughter. This amount of time was also needed because the Persian Empire was so large that it would have taken time for the king’s decree to reach its borders.” (MacArthur, 115)

14. All people were given the order or had the ability to see the order.

They needed time to prepare. They were given almost a year.

When the people of Shushan read the document, they were perplexed.

“The Jews were not traitors. Why should such extreme measures be used like this to try to exterminate them…They could not understand Xerxes’ permitting a decree like this to go out.” (McGee, 560)

“The most horrifying sight in the narrative so far is this verse. The death document had been issue, and ‘the king and Haman sat down to drink.’” (Breneman, 332)

“Those who have persecuted the Jews have always come to ruin. We must still take seriously God’s promise to Abraham and his descendants: ‘I will bless those who bless you, and whoever curses you I will curse; and all peoples on earth will be blessed through you” [Genesis 12:3] (Breneman, 332)