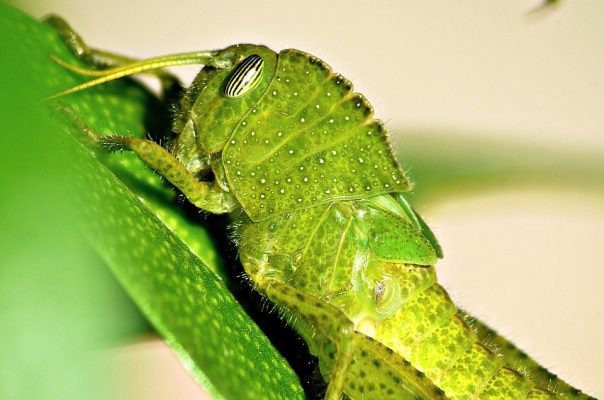 And the fifth angel sounded,

Here for the first time a judgment has been directed to people living on the earth. John is seeing a star from heaven which had fallen to the earth, obviously an angel. The key of the [shaft of the abyss] bottomless pit was given to him. This angel was obeying God. (Easley, Holman New Testament Commentary: Revelation. [Nashville: B&H, 1998], 156).

MacArthur writes about this angel, “that this is a reference to Satan—the leader of the fallen angels.” (New Testament Commentary: Revelation 1-11. Chicago: [Moody Publishers, 1999], 256)

2. And he opened the bottomless pit; and there arose a smoke out of the pit.

“Imagine the Abyss as something like a huge underground cavern…Then imagine a narrow shaft going up to the surface, with a locked door at the top. Finally, picture the cavern filled with choking blue smoke created by a sulfurous, crude-oil burning furnace. What would be the first thing to happen when the angel opened the Abyss with his key? Obviously, smoke would belch up from the shaft, like the smoke from a gigantic furnace. In this instance, the sun and sky were darkened by the smoke (NIV), an ominous precursor of the real terrors at come from the pit.” (Easley, 157)

3. Back to plagues in Egypt, this plague of locust was like the one in Egypt when God was dealing with Pharaoh to let His people leave the country (Exodus 10). Think about the smoke from the shaft covering the earth. The sun and the air were darkened by the smoke of the pit and by the locust. Here they caused the earth to be dark, maybe dark as night.

Also, power was given them, as the scorpions of the earth have power. It has been a long time since I was stung by a scorpion, and I still stay away from them. These locusts have power like the scorpions.

When they were released from the bottomless pit, power returned to these demons. They have been locked up waiting for God to release them. Reference Jude 6. (Easley, 157)

“These are not ordinary locusts, but demons, who, like locusts, bring swarming destruction.” (MacArthur, 259)

4. Normally, locust would be eating the grass. Here they are not to harm the grass, any green thing, or any tree.

Only those men which have not the seal of God in their foreheads.

God’s people who have the seal of God on their foreheads will not be harmed. How do you receive the seal?

If you confess with your mouth Jesus as Lord, and believe in your heart that God raised Him from the dead, you will be saved; 10 for with the heart a person believes, resulting in righteousness, and with the mouth he confesses, resulting in salvation. Romans 10:9-10 NASB

“This seal marks them as personally belonging to God and as such protected from the forces of hell.” (MacArthur, 260)

In Ezekiel 9:4-6 God used a mark on the forehead of believers.

5. They should not kill them

Maybe not so good!

Their torment was like the torment of a scorpion when he striketh a man.

“The scorpion is shaped like a lobster and lives in damp places. His sting is in his tail; though it is not fatal, it is very painful indeed.” (McGee, Thru the Bible: Volume V: [Nashville: Thomas Nelson, 1983], 968)

“By the first century, the Latin name Scorpio was already attached by astrologers to horoscopes and the Zodiac. Thus, for John to liken the astrologer’s vocabulary to demonic evil would indirectly condemn astrology.” (Easley, 157)

In Luke 10:19 Jesus “used scorpions to symbolize demonic power: ‘Behold, I have given you authority to tread on serpents and scorpions, and over all the power of the enemy, and nothing will injure you.’” (Easley, 157)

6. People who are being tormented will want to die instead they stay alive.

People want to be released from this torment.

“There will be no escape from the agony inflicted by the demons, no escape from divine judgment. All attempts at suicide, whether by gunshot, poison, drowning or leaping from buildings, will fail.” (MacArthur, 262)

“Satan does not want his crowd to die, and it is only his crowd that are attacked by these locusts…Satan wants them here because there is a battle between light and darkness that is being waged.” (McGee, 968)

7. And the shapes of the locusts were like unto horses prepared unto battle;

“They were warlike, powerful, and defiant, like horses straining at the bit and pawing the ground in their eagerness to charge forward on their mission of death.” (MacArthur, 262)

Looking like horses, the locust were ready to go into battle.

On their heads were as it were crowns like gold,

The crowns indicate they plan on success. They will succeed!

Their faces were as the faces of men

These were strong men ready for battle, on horses that are prepared for battle.

“There was cunning and intelligence in these creatures.” (Easley, 158)

McGee states that “the antennae of the locust are compared to a girl’s hair.” (969)

MacArthur tells us that “the description of their hair as being like the hair of women more likely emphasizes their seductiveness.” (263)

Their teeth were as the teeth of lions.

These demons are luring people to their doom. (MacArthur, 263)

Having the teeth of lions means they will “tear apart their prey.” (Easley, 158)

9. Warriors of the past wore breastplates designed to protect their torso.

This reminds me of the Armor of God Paul spoke of in Ephesians 6:10-17.

“Ancient Roman breastplates were usually leather and bronze, so these were much stronger and much more invincible.” (Easley, 158)

I have never been at the front in combat, but this noise would scare me!

There will be no escape; nowhere to run and hide. (MacArthur, 263)

Horses rushing anywhere make a lot of noise! I do not want to be there to listen!

Locust do not attack humans. These are demons and they are supernatural. (Easley, (158)

There were sting in their tails: and their power to hurt men five months

This will be five months of torture for people. (McGee, 969)

“The king or leader of these locusts is probably one of the fallen angels, the chief henchman of Satan, and he is permitted to lead an invasion of earth for the first time.” (McGee, 969)

His name in Hebrew is [destruction]Abaddon [NASB1995]

“Abaddon is used in the Old Testament to describe the place of eternal punishment, thus further reinforcing this angel’s connection with the abyss and Hell.” (MacArthur, 264)

In the Greek he has the name [destroyer]Apollyon. [NASB1995]

“These terms identify this leader as the king of the demonic death squad.”

12. The first woe is past; and behold, there come two woes more hereafter.

Remember in the article about the First Four Trumpets where the Eagle said “Woe, Woe, Woe,” prophesying that there would be three woes.

Then I looked, and I heard an eagle flying in midheaven, saying with a loud voice, “Woe, woe, woe to those who dwell on the earth, because of the remaining blasts of the trumpet of the three angels who are about to sound!” Revelation 8:13

Now we have reached the time when the first woe is over.

This was only the first woe that has lasted five months of the Great Tribulation, which lasts 3 and a half years.

Hold onto your seats because there come two woes more hereafter