Daniel 3 The Image of Gold 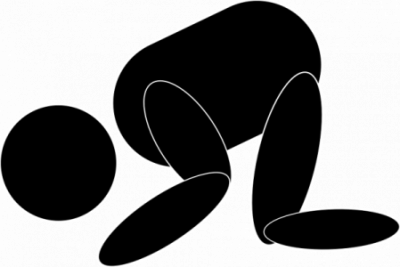 Daniel 3:1-7 Nebuchadnezzar had an Image of Gold made so the people could worship him. The people were required to fall down and worship the image.

1. King Nebuchadnezzar had an image of gold made.

“Kingdoms of the ancient world were fond of statues, and this may well have been a reproduction of the likeness of Nebuchadnezzar himself.” (Gangel, Kenneth O. Holman Old Testament Commentary. [Nashville: B&H Publishing Group, 2001], 75)

It was built on the plain of Dura, which is in the territory of Babylon.

“The plain of Dura was like an airport—flat and expansive—allowing a great multitude to assemble for the worship of the image, actually the worship of the king.” (McGee, J. Vernon, Thru the Bible: Volume III: [Nashville: Thomas Nelson, 1983], 543)

2. King Nebuchadnezzar had all the wise men, and those in the government assemble for the dedication.

3. All the kings officials were required to assemble for the dedication of the image of gold.

“Next comes a list of those officials who were expressly summoned to be present at the inauguration of this grotesque image and the dedication of the new, universal Babylonian religion.” (Phillips, John. Exploring the Book of Daniel: An Expository Commentary. ]Grand Rapids: Kregel Publications, 2004], 61)

“Daniel’s three friends, who had been promoted to responsible positions in the Babylonian government, also received formal invitations. And they came.” (Phillips, 62)

They are waiting for the ceremony to begin. They will be required to worship the image.

4. All gathered were commanded:

5. When you hear the instruments begin to play you must worship the golden image to honor Nebuchadnezzar by bowing down to it.

6. Those do not worship the image be will immediately thrown into a burning fiery furnace.

7. When the music was heard all the people fell to worship the image set up by Nebuchadnezzar.

“The order to bow down to the image was religiously offensive to Shadrach, Meshach, and Abednego.” (Walvoord, 106)

Did they hear the order that anyone who falleth not down and worshippeth would be thrown into the fiery furnace?