Daniel 2 Interpretation of the Dream 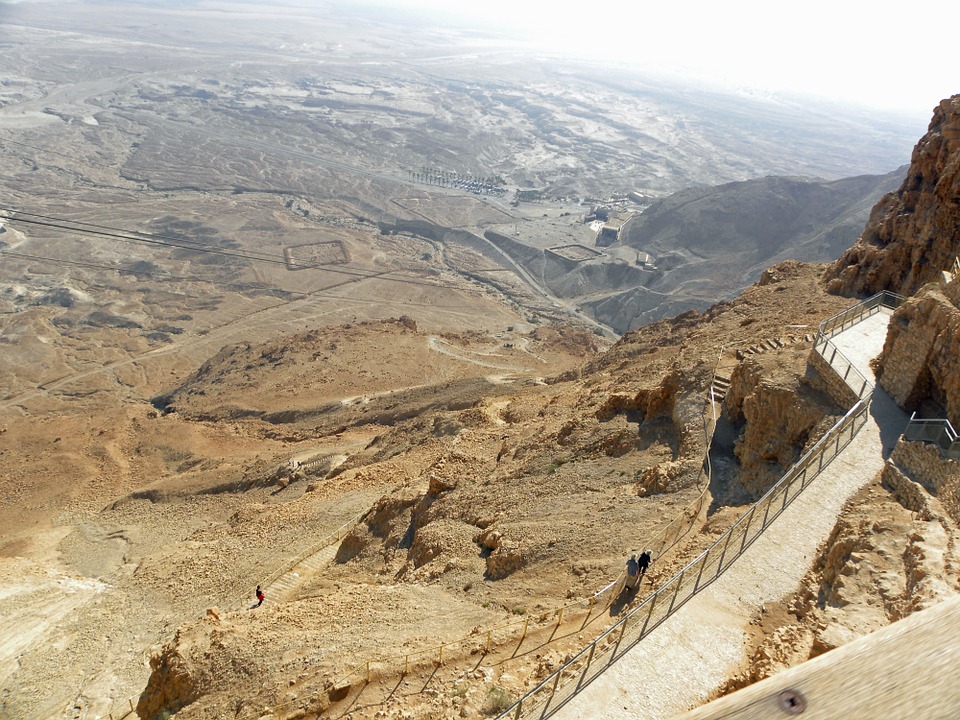 Interpretation of the Dream

Daniel 2:31-49 Daniel has told the king that God has revealed the contents and interpretation of the king’s dream. Now he is ready to tell the king about his dream.

Standing near you, it was bright. The image alarmed you.

“This image was a divine representation of how Nebuchadnezzar viewed himself, a giant force in the world.” (Gangel, Kenneth O. Holman Old Testament Commentary. [Nashville: B&H Publishing Group, 2001], 58)

32. The head was of gold, it had silver on its chest and arm, and its mid-section and thighs were bronze.

33. His legs of iron, his feet part of iron and part of clay.

A Stone Fell in the Dream

34. Daniel tell of a stone that fell without human help while Nebuchadnezzar was looking.

When it fell it struck the feet of the image and they shattered.

“The king was contemplating this image in wonder and awe when he saw a stone, cut without hands, descent from on high. It smote the feet of the image [2:35].” (Phillips, John. Exploring the Book of Daniel: An Expository Commentary. [Grand Rapids: Kregel Publications, 2004], 50)

35. As Nebuchadnezzar was watching all the sections they broke into many fragments.

The fragments were carried away in the breeze and nothing left could be found.

The stone turned into a great mountain which filled the earth.

“Then in rapid succession the disintegration of the entire image followed, as it broke into small pieces that the wind blew away until the pieces of the image disappeared. The stone that destroyed the image grew into a great mountain and filled the whole earth.” (Walvoord, John F. Daniel. [Chicago: Moody Publishers, 2012], 78)

Times of the Gentiles

36. That completes the vision.

“The vision was given to a Gentile king…With Nebuchadnezzar began the ‘times of the Gentiles,’ so it was fitting that the course of those ‘times’ should be revealed to him.” (Phillips, 50)

Now we will tell you the interpretation. Daniel used the word we. Why?

Maybe he was “simply using the plural to avoid the more arrogant-sounding ‘I’?” (Walvoord, 79)

Sit back and relax O king, I will tell you the interpretation.

“Nebuchadnezzar was addressed as ‘king of kings,’ a position that Daniel made clear was a gift from God.” (Walvoord, 79)

Ezekiel 26:7 also gives this title to him.

Daniel was bold enough to tell him that God gave him this power and gave the interpretation of the dream to Daniel.

38. It does not matter where people live all the animals and birds are all in your hands.

God made Nebuchadnezzar ruler over them all. Jeremiah 27:5-7

“Nebuchadnezzar was the head of gold. The head is the most important single member of the body, and gold is the most precious of all metals. This dual symbolism spoke of an absolute monarch.” (Phillips, 53)

39. The next kingdom is not as great as you.

It is the breast and his arms of silver.

A third kingdom is one of brass.

“The third kingdom would be a kingdom of brass and would ‘bear rule over all the earth.’ This is the Graeco-Macedonian empire of Alexander the Great.” (McGee, 539)

40. The fourth kingdom in the dream:

“The fourth kingdom in Nebuchadnezzar’s dream represented by the legs and feet of the image is obviously the most important. Daniel gives more attention to this fourth kingdom than to the preceding kingdoms put together.” (Walvoord, 83)

“The fourth kingdom is the kingdom of the latter days.” (McGee, 540)

“That is precisely what happened when Rome ruled the world.” (Gangel, 60)

“Rome ruled the world of its day with an iron hand. It showed no mercy to rebels—witness the terrible doom meted out to Jerusalem in A.D. 70.” (Phillips, 55)

41. The feet were made of iron mixed with clay.

“The feet were composed of one of the strongest metals known to humankind (iron) and one of the most vulnerable, baked clay [NIV], that can be broken just by hitting it with one’s hand.” (Gangel, 60)

This kingdom will be split apart.

Daniel “noted that the feet and toes were part potter’s clay and part iron, making this a ‘divided kingdom.’” (Walvoord, 84)

It will have the strength of iron but will be mixed with clay.

42. The toes have some iron and some clay making them somewhat strong and breakable.

“In spite of the admixture of clay, the strength of the iron remained right down to the feet and toes.” (Phillip, 55)

43. Since iron does not mix well with clay, they will not bond.

“These two elements do not commonly bind or blend with each other…Some see the intermarriage of the ancient kings and the weakening of families thereby; others see different kinds of government such as an attempt to blend dictatorship with democracy.” (Gangel, 60)

44. God will set up a kingdom that will last.

God will end all other kingdoms.

45. God of heaven cut that stone. He broke the statue into pieces.

God is making this known to you, King Nebuchadnezzar.

“The effect is that the fifth kingdom, the kingdom of God, replaces completely all vestiges of the preceding kingdoms, a prophecy that can only be fulfilled in any literal sense by a reign of Christ over the earth.” (Walvoord, 89)

“The stone is part and parcel of the sovereignty of God of which it is an effective expression.” (Walvoord, 89)

“Nebuchadnezzar merely regarded Daniel as a worthy priest or representative of his God and was honoring him in this category.” (Walvoord, 92)

“The record leaves no doubt that Daniel was not claiming deity or any of the powers of deity.” (Walvoord, 92)

47. Nebuchadnezzar praised the God of Daniel!

Would you think that Nebuchadnezzar is overwhelmed?

48. Daniel is immediately promoted making him a ruler over Babylon including the governors and wise men.

49. At Daniel’s request the king appointed Shadrach, Meshach, and Abednego of the matters of Babylon.

Daniel remained in the king’s court.

“They likewise receive high positions in the government of Babylon.” (McGee, 543)

“Daniel, the obscure Jewish captive who could have been lost to history like many others if he had compromised in chapter 1, was now exalted to a place of great honor and power. Like Joseph in Egypt, he was destined to play an important part in the subsequent history of his generation.” (Walvoord, 93)